Details On Goldberg’s WWE Contract, When He Will Wrestle Again

He’s not gone yet. There are a lot of legends under the WWE umbrella and that can include several names who pop up every now and then. Some of them even get in the ring for the occasional match, which often serves as one of the biggest deals on any given show. It feels special when you get to see a big name in the ring and we might be seeing that a few times in the future.

WCW is not often remembered in the fondest of terms, but there are some things about it that have held up quite well. One of the things near the top of that list is Goldberg, who was probably their top homegrown star during the company’s heyday. That popularity has gotten him a few runs in WWE, and one of those runs may be continuing for a few years to come.

Goldberg was a guest on the Pop Culture Show and mentioned that his WWE contract runs through 2023. He is contracted to wrestle two matches a year every year, with both of his matches this year having already been used up. Goldberg wrestled at both Super ShowDown and WrestleMania 36 this year, winning and losing the Universal Title in the process. There is no word on when Goldberg will be wrestling next.

Goldberg certainly knows how to make an impact. Check out what he did in the ring this year:

Opinion: That’s probably for the best as Goldberg should be a special attraction rather than a full time, or even part time, competitor. Unfortunately there is always the chance that he will win the World Title somewhere in there, which doesn’t do anyone any good, other than Goldberg that is. There is nothing wrong with having him pop up for something short, but don’t turn it into some big story every single time.

What do you think of Goldberg? Who would you like to see him face? Let us know in the comments below. 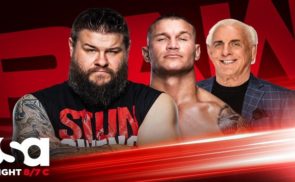