Sounds like it’s sticking around. Over the last few weeks, WWE has been doing everything it can think of to grow its audience. This has involved a variety of new concepts, including Raw Underground. The idea has been hit or miss depending on who you ask, as Raw Underground is entertaining but also feels rather out of line with the rest of the show. It seems that WWE wants it to stick around though and they might be working on making it more permanent.

Raw Underground has bragged about having very few rules and focuses on the action on the mat instead of between any ropes. This has included some wrestlers facing unknowns but there have been some matches between established names. There has been a little growth of the concept in the few weeks that it has been around and now we might be seeing something new in the future.

According to Belt Fan Dan on Twitter, WWE has discussed the idea of introducing a Raw Underground Title. The design idea pitched for the title would look partially destroyed like the original Hardcore Title with spray paint and brick inspired texture. There is no word on when or if the title will be introduced, or who would be able to compete for it. Both men and women have competed in Raw Underground, but never against each other.

Supposedly the idea of a Raw Underground Championship was pitched. Suggestions included it looking beat up like the Hardcore belt with spray paint and simulated brick texturing.

Raw Underground has certainly been different so far. Check out what it has done to date:

Opinion: I’m kind of hoping this isn’t the case, as a title isn’t something that needs to be there just yet. The idea hasn’t even been around for a month yet so maybe we should wait and see where things go before they have a championship set up. There isn’t much of an indication that the idea has brought in extra viewers or anything close, so maybe wait to see if it is an idea worth keeping around.

What do you think of the idea of a title? Who should hold it first? Let us know in the comments below. 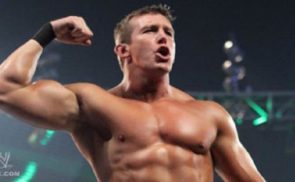