Triple H Did Something Very Cool For An NXT Wrestler

That’s pretty cool. Whether you like him or not, there is no denying that Triple H has gone from one of the most successful wrestling careers of all time to becoming one of the most powerful people in all of wrestling. Not only is he in charge of NXT, but he also seems ready to be handed the keys to the kingdom once Vince McMahon is finally gone from the business. That puts a lot of weight on his shoulders, but he can also still do some nice things. That was the case last week.

Lat week, what started off as a sad story wound up with a good ending. NXT wrestler Shotzi Blackheart announced that her car, containing a lot of her wrestling gear, was stolen from her apartment in Orlando, Florida. This included her signature helmet, which had been with her since the beginning of her career. Everything wound up being found and other than some damage to her car, nothing was hurt. It turns out that WWE had a backup plan in mind.

On Monday, Blackheart revealed that Triple H found out about the helmet being stolen and had a new one made. The helmet was ready the next day and while Blackheart did not need it in the end, Triple H had is prepared for her just in case. Blackheart appeared on NXT the night that she found her helmet, making a save for Rhea Ripley and chasing off the Robert Stone Brand.

I didnt get to wear this but it came with a really awesome story so I wanted to share. As soon as @TripleH found out about my car and helmet he made sure that I had help and had the crew put this together for me in time for my match filmed only 1 day after it was stolen! ?? pic.twitter.com/MSqANHvZQU

This is awesome indeed. Check out how emotional Blackheart was when she got her helmet back:

Opinion: I know Triple H might not be the most popular guy in the wrestling world, but he came up through the wrestling business and can understand why something like this matters. It was a nice gesture by Triple H when Blackheart did nothing wrong in the first place. The helmet might not mean anything to anyone else but it was important to her and it was cool to see someone go out of her way like this for her.

What do you think of Blackheart? Where can she go next in NXT? Let us know in the comments below. 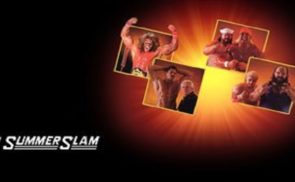 REVIEW: Summerslam 1990: My Nostalgia Is High