Share the wealth. AEW has gone from non-existent to one of the biggest wrestling promotions in the world in a pretty short amount of time. They have had more success than could have reasonably been expected and that is very impressive. A lot of that is due to the talent that they have on their roster, but a good number of them are not under exclusive contracts. That will be on display soon.

Back at Double Or Nothing 2019, Jon Moxley, formerly known as Dean Ambrose in WWE, made his debut at the end of the show and became one of the biggest stars AEW had. It was a heck of a coup for the company and Moxley went on to become the company’s second, and longest reigning, World Champion. However, AEW is not going to be the only place that you can see him.

Josh Barnett has announced that Moxley will be fighting at Bloodsport 3 on October 11. The event will feature a series of no ropes, submission or knockout only fights between various wrestlers. There is no word on who Moxley will be facing. The event is being held in October as a replacement event after the original card, scheduled over WrestleMania weekend, was canceled.

I’d be interested. Check out a trailer for Moxley’s appearance:

Opinion: This is the kind of thing that Moxley seemed interested in doing before he left WWE and if this is what he wants to do then good for him. AEW seems to be cool with the idea and if they are all on the same page with it, hopefully Moxley has some fun with the idea. He is a rather talented wrestler and if he gets to switch things up a bit, maybe he can do something he has wanted to do for a long time.

What do you think of Moxley appearing? How long will he be AEW World Champion? Let us know in the comments below. 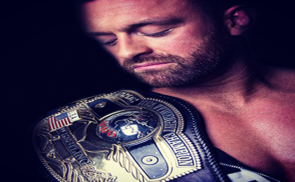 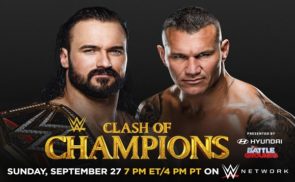