LOOK: Tessa Blanchard In WWE (Kind Of) But Without Permission

I’ve seen that before. Wrestling has come a long way in the last decade, with the rise of YouTube and streaming services allowing wrestling fans to see more wrestling than ever before, including outside of WWE. However, the major wrestling promotions are still the end goal for several wrestlers. One rather big outside wrestling name seems to have made it to a WWE platform, but it might not be with her permission.

There are a lot of talented female wrestlers in the world today and one of the biggest who does not work for WWE or AEW is Tessa Blanchard. She is a former Impact Wrestling World Champion and is the only woman to hold a major men’s World Title. Blanchard is one of the best wrestlers not signed to a major promotion, which is part of the reason why her latest appearance is a little confusing.

An image from the new WWE 2K Battlegrounds game shows a woman in wrestling gear, with a pose that looks very similar to a photo of Blanchard from her time in Impact Wrestling. The woman is animated, but the pose, clothing and positioning of her hair are almost identical to the original photo. The photographer who took the photo in the first place, Basil Mahmud, has responded to the photo on Twitter and said that WWE did not have his permission to use the photo in their game.

Look what the @newLEGACYinc boys found in the new WWE Battlegrounds game. ??? pic.twitter.com/DkwWAbER6l

She does well in moving pictures as well. Check out Blanchard’s time in Impact Wrestling:

Opinion: This is a hard one to get around as there are too many details that are nearly identical, even down to the hair being positioned in a certain way. I’m not sure how the game’s producers and the person who designed the image used in the game thought this would work, but it probably is not going to end all that well. That being said, the more interesting thing here is the discussion of Blanchard in WWE, even though there is no indication that she has signed.

What do you think of the image in the game? Where will Blanchard sign? Let us know in the comments below. 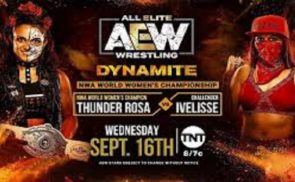 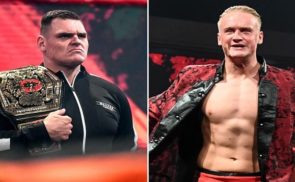