NWA World Heavyweight champion Nick Aldis is one of the most respected talents working in the pro wrestling industry today. The National Treasure has faced a variety of challengers during his second title reign, which began when he defeated Cody at the NWA 70th Anniversary Show.

Now Aldis is celebrating an anniversary of his own, as that second title win took place on October 21, 2018. The champ is now 700 days into his run and shows no signs of slowing down.

Nick Aldis is highly regarded as a top world champion because of his work in the ring, as well as his character work on the mic. He’s a throwback heel champion, much in the same vein as Ric Flair and Harley Race, both of whom were former NWA World Champions. Aldis has defended the title all over the world against a variety of opponents, including Tommy Dreamer, Christopher Daniels, Brian Cage, Flip Gordon and Jake Hager.

His match against Colt Cabana on April 14 2018, was contested in China. It marked the first time that the tile was defended in China and was part of Nick’s run of 20 title defenses, which took place over the course of 60 days on three different continents. But it was two high profile feuds that garnered the champ some additional spotlight with pro wrestling fans.

Nick Aldis versus Cody was the main event of All In, which took place on September 1, 2018. The match received critical acclaim and when it was over, Cody was crowned as the new World champion That event was the building block of what would later become All Elite Wrestling.

Aldis won the championship back from Cody the following month and in April of 2019, he defended the title in another main event feud. This time, Aldis stood across the ring from longtime best friend Marty Scurll.

Nick Aldis versus Marty Scurll took place on April 27 2019 at the NWA Crockett Cup. The working association between the NWA and Ring of Honor made the match possible and it was featured as the main event of the show. Their title bout was a bloody, hard-fought contest that many fans felt was a mach of the year candidate.

Check out the video chronicling the feud between Aldis and Cody! 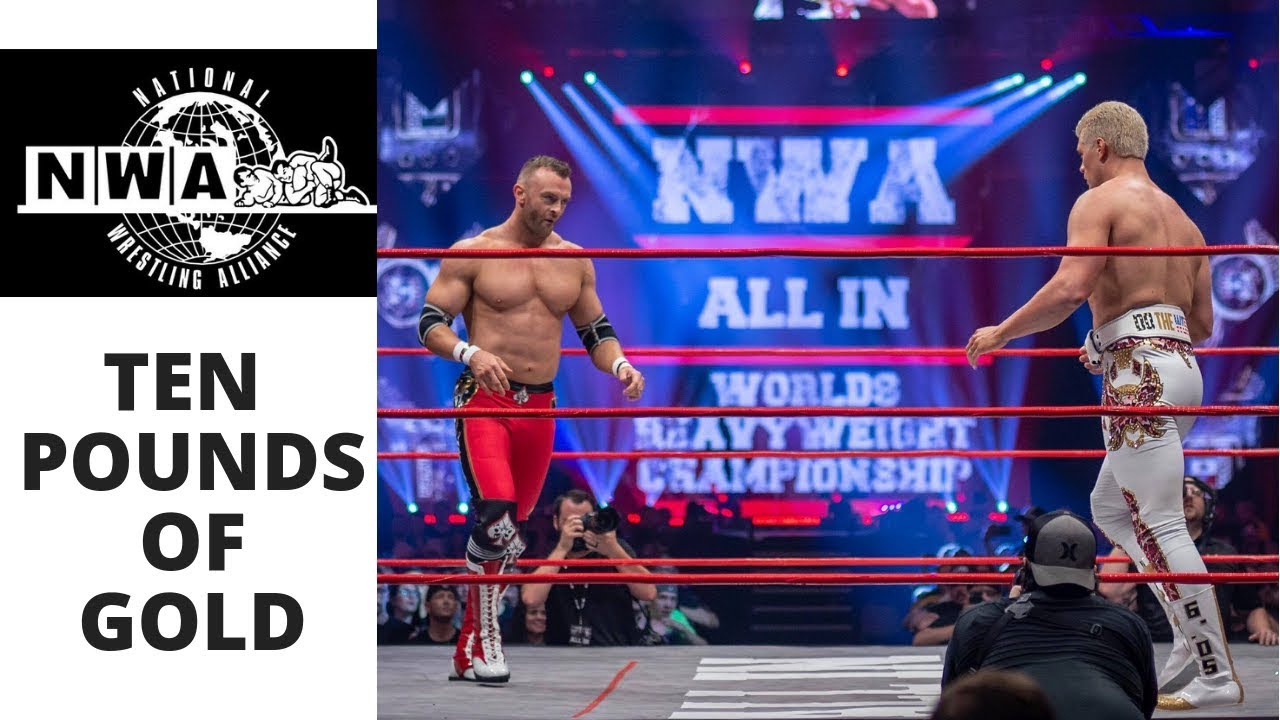 Aldis continued to make headlines with the debut of NWA Powerrr, a weekly program which aired on the NWA’s social media channels. Nick was of course positioned as the cornerstone of the company and the primary focus of the program from the very beginning.

Nick was the top star of the company during Powerrr’s run. This was thanks in large part to his number of title defenses, as well as his old school character. The show itself was unique, often quirky and most of all, entertaining.

The NWA ceased production on the show earlier this year and  since that time, the NWA roster has been sitting still for the most part. It was only recently that Ricky Starks and Thunder Rosa both began appearing on AEW Dynamite.

Check out the story of Nick Aldis vs. Marty Scurll!

Though an official partnership between the NWA and AEW has not been announced, it’s obvious that there is a good relationship between both companies. Whether or not this could lead to Nick Aldis appearing on AEW programming as the NWA World champion, remains to be seen.

Nick Aldis’s 700 day title reign is the longest of any champion in WWE, New Japan and Impact Wrestling today. It’s the ninth longest reign of any NWA World champion in history, with the longest single run belonging to Lou Thesz.