Welcome back. Injuries are a terrible thing to see in wrestling and you never know when you are going to see one take place. After the injury itself takes place, you get to one of the worse details: waiting around to see how long it takes for someone to get back in the ring. This can be a long term situation or something a little faster, and thankfully this time around seems to be a bit on the better end.

The AEW women’s division has come a long way in a pretty short amount of time. The division has all kinds of variety and gets to showcase some names who you might not have seen before, mixed with some names who are more familiar. That lets you have a nice balance between the two sides and offers some different ways to go. Now, one of the more unique options they have is back off the shelf and going after the title.

This week on AEW Dynamite, Abadon returned from an injury and set her sights on Hikaru Shida and the AEW Women’s Title. Abadon crawled out to meet Shida on the stage after Shida successfully defended the title against Anna Jay. The sight of Abadon scared Shida so much that she dropped the title, which Abadon picked up and licked. This comes about a month after Abadon was injured during an AEW Dynamite match which never made air. There is no word on when Abadon will be back in the ring.

This is going to be different. Check out what is waiting on Shida:

Opinion: It’s great to see Abadon back as the injury she suffered sounded like a rather scary situation. At the end of the day, a wrestler’s health is what matters more than anything else and the fact that she is already back on television suggests that she is getting healthy in a hurry. Throw in that she seems to be put straight into a title program and it seems that Abadon is ready for an upgrade.

What do you think of Abadon? Will she win the title? Let us know in the comments below. 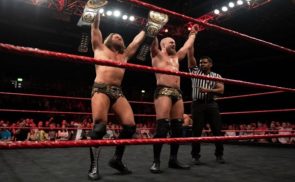 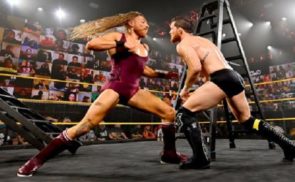