Nice to have you back. The Coronavirus pandemic has changed all kinds of things about the way the world works and wrestling is no exception. Several plans, many of which involved international talent, were put on hold at the drop of a hat and only some of them are starting to get back to speed. That can make for some exciting moments, and we were in for another one this week.

NXT has had quite the history with tag team wrestling, which has produced some of the best matches the promotion has ever seen. There have been some outstanding teams in NXT’s history but some of the recent months have not been as strong as others. However, all you have to do is find the next right team and things will get better in a hurry. That might be the case again with NXT.

The Grizzled Young Veterans returned to NXT this week, following a several months long hiatus due to Coronavirus travel restrictions. The team jumped Ever Rise before their match and laid the two out, including hitting the Ticket To Mayhem. This is their first appearance since March, when the team debuted and promised to take over NXT. The team was the first NXT UK Tag Team Champions.

They’re back. Check out what they did and what they can do at full speed:

Opinion: Works for me. The Grizzled Young Veterans are a great team and took NXT UK by storm. If nothing else, Zack Gibson’s promos alone should be worth a listen as he can get heat from a crowd in a glacier. NXT needs the tag help too and it’s a shame that the team wasn’t chosen over Danny Burch and Oney Lorcan for their current roles. Burch and Lorcan are good at it, but the Grizzled Young Veterans would have been great.

What do you think of the team? How will they do in NXT? Let us know in the comments below. 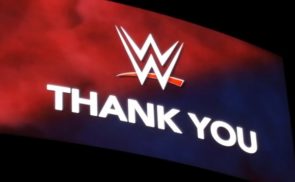 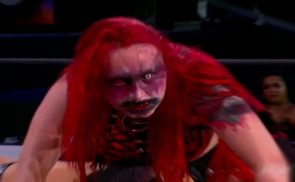