It’s the go home show for Bound for Glory and the card is almost entirely set. The focus of the show will likely be just polishing everything up and giving us the hard push to Sunday. Odds are we’ll also get some development on the Dixie Is Evil story which seems to be where we’re headed after the big show. Let’s get to it.

We open with a recap of last week’s events with Angle returning and Sting angering Magnus by getting the pin in their tag match.

Here’s Dixie to open the show, flanked by two goons with one carrying a briefcase. She talks about being an artist like Michelangelo but she has to deal with a redneck like AJ Styles slinging paint everywhere. This coming Sunday is going to be her masterpiece but she what if AJ doesn’t make it there? The fans chant WE WANT HOGAN as Dixie offers a $50,000 bounty to anyone that can keep AJ out of the main event of Bound For Glory.

This brings out Bully and Brooke with Bully saying that he took out AJ last week so he’d be glad to do it again for the $50,000 (clearly fake money in the briefcase). Cue Magnus to say that 12 men over 3 months fought for a chance to be the #1 contender, but now the title shot might go to whomever takes out AJ Styles tonight.

Magnus starts a Dixie Sucks chant and says that $50,000 is a lot of money to him, but he’ll fight Bully Ray right here tonight for free. Ray praises Magnus and says that Sting believes in him, but Magnus hasn’t proven himself yet. He’s a disappointment, just like everyone else in Oklahoma. Magnus drops him with one punch and Ray bails to the floor. The match is on for later tonight.

Ray gives Bischoff and Knux a pep talk. Things seem to be ok and if Knux needs Ray’s help in his match with Gunner tonight, just throw up the signal.

Christopher Daniels vs. Robbie E. vs. Hernandez vs. Eric Young

The winner of this gets the final spot for his team in the gauntlet match on the preshow with the winning team getting a title shot at the PPV. Robbie and Young get us going but Young tags in Hernandez for the slingshot shoulder to E. Robbie brings in Daniels who has to escape the over the shoulder backbreaker but gets caught in the choke suplex for two. A cheap shot from Robbie takes Hernandez to the floor before he comes in legally and gets two off a middle rope elbow.

SuperMex comes back with a double clothesline to take down Daniels and Robbie, allowing for the tag off to Eric. Daniels and Robbie get in an argument (despite not being a team), allowing Hernandez to do the running clothesline from the ramp. Hernandez misses a splash in the corner and falls out to the floor before Eric suplexes Daniels down. Robbie makes a blind tag in and pins Daniels off the top rope elbow from Young at 5:18.

Here’s AJ to the ring with something to say. He talks about Dixie being desperate by sending everyone after him because she knows he’s winning at Bound For Glory. She’ll pay after the PPV but tonight, he isn’t running and hiding so come get paid. This brings out Knux and Bischoff but AJ jumps them as they come in. This brings out James Storm and Gunner to clear the ring with Storm staring AJ down but letting him go.

Bischoff immediately grabs Gunner’s leg to give Knux the early advantage. Gunner comes back with a hard clothesline and pounds away, only to be sent into the middle buckle to stop him cold. Another clothesline puts Gunner down before Knux drives him into the corner. Gunner finally slams him into the corner before a double clothesline puts both guys down. Storm spits beer in Bischoff’s face as Gunner makes his comeback and hits a decent fallaway slam on the big Knux. He can’t hook the Gun Rack so Knux gets two off a cross body of all things. Knux calls for Bully, allowing Gunner to spear him down for the pin at 5:03.

Chris Sabin is going for the bounty.

Knux and Bischoff want to know where Bully was. It’s going to be interesting the next time he wants their help.

We recap Lei’D Tapa’s attacks on the Knockouts.

Gail Kim suggests an alliance with Brooke to take care of Tapa but she’s not interested.

Video on the Ultimate X match.

Sabin asks a security guard if he’s seen the not-so-Phenomenal AJ Styles but finds Joe instead. Joe threatens him with violence both tonight and Sunday so Sabin backs away.

Joe takes him into the corner to start but gets poked in the eye to slow him down. A flurry of punches take Sabin down in turn and there’s a running elbow into the standing enziguri. Sabin bails to the floor to avoid the running boot in the corner before firing off chops and punches with Joe selling nothing at all.

Sabin tries to bail but Joe grabs him on the ramp, only to have Chris slam him onto the steel. Joe dives back in to beat the count at nine and catches a charging Sabin in a release Rock Bottom out of the corner. A boot to the chest and the backsplash gets two for Joe but Sabin comes back with a springboard tornado DDT for two. Not that it matters as Joe grabs a quick Koquina Clutch for the win at 5:17.

Post match Aries, Hardy and Manik come in for a big brawl. Hardy pulls in a ladder, allowing Manik to dive onto Aries and Sabin.

Bad Influence goes after AJ but he holds them off with a fire extinguisher.

Non-title of course. Feeling out process to start with Magnus grabbing a headlock for early control. Ray shoves him away but gets clotheslined, allowing Magnus to go up top and get crotched as we take a break. Back with Ray throwing Magnus down and posing a lot before missing a big elbow drop. They’re going very lightly here so far.

Magnus wins a quick slugout and clotheslines Bully down to speed things up a bit. A big boot puts Ray down and the top rope elbow gets two. Magnus charges into the referee by mistake so Ray gets the chain, drawing out Sting for the save. The referee throws Sting out, allowing Ray to low blow Magnus for the pin at 10:42.

Magnus isn’t pleased with Sting but they don’t come to blows.

We run down the BFG card.

Here’s Angle with his first comments since being back. Kurt says it’s good to be home before talking about Bobby Roode being great. He even reminds Angle of himself about five years ago. However, Roode is just one of the great ones at the moment rather than being one of the best of all time. When Roode starts messing with Angle’s legacy, that makes it personal. This brings out Roode to says he’s ok with not being Kurt Angle. Roode says he wanted to be Kurt Angle years ago but now, Angle hasn’t done anything at all.

The only thing Roode remembers Angle doing recently was beating Roode two years ago at Bound For Glory. That was Roode’s wakeup call and the reason he won the world title which he held longer than anyone, including Angle. Roode says he’ll win on Sunday but Angle says he’ll make Roode tap. Roode sucker punches Kurt and here’s the rest of EGO to send Angle shoulder first into the post. Angle gets put in the Crossface to damage his shoulder even worse.

Here are Dixie, AJ and Ray for the contract signing. Ray signs and says he’ll keep it simple: AJ can’t beat him no matter what he does on Sunday. He talks about Flair vs. Rhodes from 1985 and the Hard Times that Dusty talked about Flair putting wrestling through. Ray has put wrestling through hard times over the last year by getting rid of Sting, Sabin and Hogan. Ray is going to put AJ on hard times and send him back to the trailer park in Georgia, where AJ’s family probably won’t be waiting. He’s the Darth Vader of professional wrestling and AJ isn’t Luke Skywalker.

AJ says he appreciates Ray’s story but he’s no Ric Flair and AJ is no Dusty Rhodes. This is the future instead of the past and Ray doesn’t deserve to compare himself to Bully Ray. AJ has to win on Sunday because he has nothing to lose. He has to win to make Dixie beg and take everything away from Bully Ray. AJ signs but Ray says he takes it back. He’s not putting the title on the line but he will take the $50,000 right now. Ray swings the chain but gets hit with the briefcase. AJ throws the money at Dixie and her security so a staredown can end the show.

This concludes our live coverage of Impact Wrestling. Make sure to join us on Friday at 8PM EST for Smackdown. 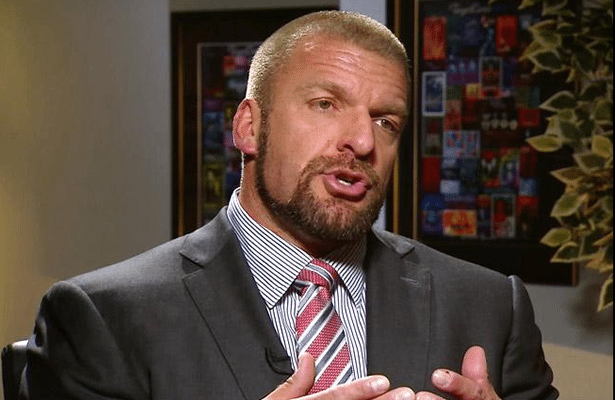 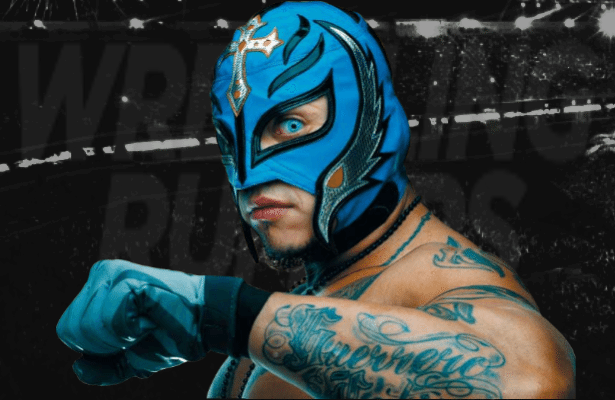