We’re at the finl TV taping before Bound For Glory, meaning we have tonight and next week to go. The main stories coming into tonight are Hogan being gone and AJ Styles challenging Bully Ray for the title in whichever order you pick. Last week saw a lot of the midcard being filled in for the show so perhaps we’ll get even more this week. Let’s get to it.

Here’s Dixie to open things up. She talks about someone leaving last week and how we’re never to mention that person’s name again. Dixie doesn’t need anyone to tell her what to do, not even Stephanie LeVesque or Eric Bischoff. As for AJ Styles, last week he snuck back into the arena after she threw him out, so tonight Bully Ray can put him in any match he wants.

Before Dixie can go anywhere else, here’s Sting with something to say. Dixie sucks up to him a bit before saying that even he is under review at this point. Sting suggested Hogan for the GM spot in the first place and now he’s making matches for Bound For Glory on his own. Therefore, tonight it’s Magnus/Sting vs. Bad Influence and if the good guys lose, neither are on the pay per view. Good luck!

Austin Aries says he’s a professional wrestler and doesn’t need to hide behind a crowd like Jeff does.

Feeling out process to start with Jeff taking Aries down but not being able to do anything more than that. Aries comes back with an armdrag to take Jeff to the mat, only to have to fight out of a headscissors. A dropkick to the back of Jeff’s head gets two and a bulldog out of the corner gets the same. Jeff comes back with the sitout jawbreaker and a headscissors to send Aries to the outside. A clothesline off the apron drops Aries as we take a break.

Back with Jeff missing a charge in the corner to give Aries his first real advantage. Jeff is sent to the outside for a BIG top rope ax handle to the head to send him sprawling across the floor. Another ax handle sends Jeff into the barricade and we head back inside. Jeff avoids a missile dropkick and starts his comeback, only to get caught in a neckbreaker.

Aries goes up top again and connects with the missile dropkick but its running cousin is countered by Jeff’s raised boots. Jeff clips Aries over but can’t get the Twist. Whisper in the Wind drops Aries but he crotches Jeff to break up the Swanton. A super brainbuster is enough for the pin at 14:18.

Post match here’s Samoa Joe to congratulate Aries on his win. However, there’s some bad news for Aries as well: he’s entering the Ultimate X match at Bound For Glory as well.

The Bro Mans make fun of each other for their bad losses but Jesse says he’s getting rid of their biggest problem next.  They TOTALLY get chicks too bro.

Joseph Park and Eric Young are going on a road trip to Bound For Glory. They immediately stop because ODB has a match tonight.

We’re immediately in the comedy match formula as Jesse, Robbie and Eric are shoved face first into ODB’s chest. A rollup gets two on Jesse but Robbie trips up ODB to give Jesse control. Eric and Robbie fight up the ramp and into the back and here’s Lei’D Tapa to run over ODB for the DQ at 2:00.

Tapa lays out ODB with a fireman’s carry into a Stunner.

Knux and Bischoff yell at Bully for ruining the club. Ray blames Anderson for the troubles because Anderson stopped protecting the title. Knux says Anderson didn’t have to piledrive Anderson the stage which Ray seems to agree with. Ray says the two of them can prove how great they are tonight by beating AJ Styles. The lackeys seem pleased.

Magnus thanks Sting for their confrontation last week. Sting says Bound For Glory is the biggest show of the year and it’s been very good to him over the years. This year it’s going to be good to Magnus.

Bad Influence doesn’t like being interrupted (Kaz: “You cannot see the Wizard!”) and insist Roode’s induction into the EGO Hall of Fame will be amazing.

Here are Daniels and Kazarian in powder blue and neon orange tuxedos and top hats respectively. They’re dressed in the colors of the Mafia to show what frauds they are. Speaking of frauds, other Halls of Fame have their own frauds, but EGO isn’t one of them. Therefore, here is the man that once got busy in Tim Horton’s bathroom: Bobby Roode. There’s a big wooden throne for Roode to sit on and a nice portrait of him standing next to it.

Kazarian has slaved over a hot computer all week to produce a video for him. It’s a completely over the top video with various people praising Roode with absolutely no audio editing whatsoever. Not a bit. Daniels says that unlike Sting, Roode deserves to be in the Hall of Fame. Roode is indeed the prime minister of suave and debonaire, so please stand for him right now.

Roode thanks Kaz and Daniels but gets all choked up halfway through. There’s one person that needs to be honored above everyone else though: Bobby Roode himself. He deserves to be in the Hall of Fame unlike Kurt Angle, who hasn’t done anything at all lately. Where is Angle now? Before Roode can answer that, here’s Angle live in person, looking more chiseled than he has in years. Bad Influence both get suplexes and Roode loses a shoe bailing from the ankle lock. Obviously it’s Angle vs. Roode at BFG.

Velvet has taped up ribs but still does the bouncing entrance. Sabin blocks the pigeons though. This is for the title shot at BFG, which apparently will involve Gail Kim as well. Brooke goes for the bad ribs but gets taken down by a shoulder block. Velvet stomps her down in the corner but misses a charge, allowing Brooke to fire off a kick to the bad ribs. A Russian legsweep stops Brooke’s comeback but hurts the ribs again. Velvet is sent to the floor for more work on the ribs but comes back with a clothesline and bulldog for two. Sabin offers Velvet some tips, only to cause her to get rolled up for the pin at 3:52.

We run down the BFG card.

If the Mafia loses, they’re off Bound For Glory and lose their contracts. Daniels peppers Magnus with forearms to start but gets caught in a qucik suplex. Off to Sting for a double back elbow to Daniels and a hiptoss to Kaz. We get some miscommunication between Sting and Magnus to give Bad Influence control as we take a break. Back with Bad Influence in control on Magnus and Kaz getting two off a dropkick.

The fans still want Sting but get Daniels driving Magnus down with a knee to the chest for two instead. We hit the chinlock for a bit before Kaz gets two off a slingshot legdrop. He spits at Sting to allow a non-tag change off to Daniels. Off to another chinlock but Magnus fights back with right hands and a running clothesline. Hot tag brings in Sting to clean house before Magnus hits the top rope elbow on Kaz to set up the Cloverleaf, only to have Daniels make the save. Everything breaks down and Sting hits the Death Drop for the pin on Daniels at 11:00.

Dixie offers AJ a big check to walk away but Styles says he can’t be bought and rips up the check.

Ray takes Tenay’s commentary spot. AJ starts off fast and beats up Bischoff like he’s the son of an executive that has no business being in the ring with a multiple time world champion. AJ drops a knee and pounds away in the corner but Garrett makes a blind tag off to Knux. Styles is dropped throat first over the top rope and catapulted throat first into the middle rope for two. Back to Garrett for a lot of posing and a butterfly suplex for no cover.

Knux comes back in but misses a middle rope legdrop. Everything breaks down and AJ hits the springboard forearm on Knux. After miscommunication from the bikers, AJ gets a very awkward looking rollup (looked like a powerslam minus the power or the slam) for the pin on Garret at 4:43.

Post match Ray comes in and whips AJ with the chain before backdropping him onto the ramp. Lots of trash talk ends the show. 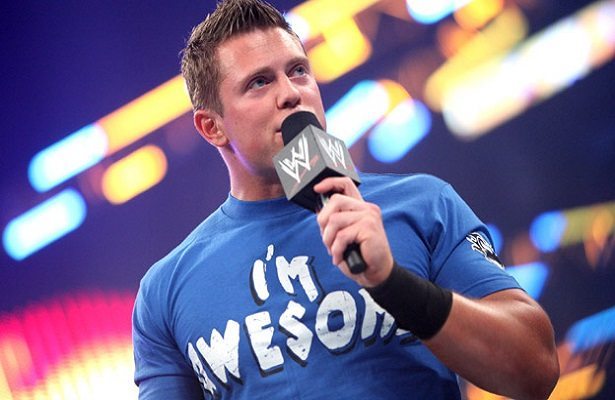 The Miz Talks His New Goal in Wrestling and More 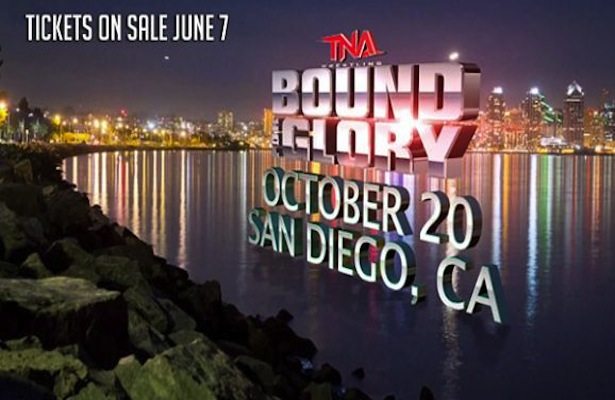