It’s a big show tonight with both the Bo Dallas open challenge and the Ascension challenging Graves and Neville for the tag titles. The main question in the open challenge isn’t will Sami Zayn get involved but how will he get involved. The big showdown is coming and the blowoff match is going to be awesome. Let’s get to it.

Fandango is here tonight for a mixed tag with Summer Rae against Emma and whomever she can find for a partner.

The partner is…..Santino, meaning he now gets to waste our time on NXT too. The guys start with Santino almost falling off the buckles while posing. The fans insist that he try it again but they have to settle for the middle rope. Wait we’re still not ready as the guys have to dance a bit. The fans tell Fandango that he got served so he tries a kick to the ribs. Both guys catch kicks at the same time until Santino shoves him away. A right hand drops Marella as we’re finally going a bit.

Santino teases the Cobra, sending Fandango to the floor. Renee teaches the Cobra to dance and we take a break. Back with Fandango not being sure what to do so here are the girls for a change of pace. Summer wants nothing to do with Emma so it’s back to the guys again. Phillips: “Doing the do-see-do instead of the Fandango.” They change over and over until Fandango gets annoyed and punches Santino in the jaw. Apparently Fandango has been hitting on Renee but she doesn’t seem to mind that much.

An uppercut sends Santino into the corner and Summer gets in a hard slap, drawing Emma out to the floor. Santino makes a dive to the empty corner for the tag in a cute spot. Santino can’t nip up so Fandango goes up for the legdrop but Santino rolls across the ring before Fandango jumps. This is so funny that they do it three times in a row until Marella rolls him up for two.

Now the nip-up works and it’s off to the girls for their first contact. Summer misses a charge and gets caught in the Dilemma followed by the cross body in the corner for two. Santino gives Emma the sock but it’s time for a catfight instead. Summer is whipped into Fandango which catapults him in and also counts as a tag. Everything breaks down and our heroes do stereo Santino spots until Santino hits the Cobra for the pin on Fandango at 10:15 shown of 13:45.

Ascension says what they did to Cassady and Amore is nothing compared to what they’ll do to win the tag titles.

Renee is off commentary. Ohno is looking in a bit better shape. Harper comes out on his own and looks more confused than usual. Ohno is quickly sent out to the floor but comes back with a one foot dropkick to stagger Harper. Not that it matters as a clothesline puts Ohno down and Harper rains down punches. We hit the chinlock for a bit before Kassius fights up and connects with some strikes. Harper rolls to the floor but even a baseball slide can’t knock him down. Back in and it’s the big boot and a discus lariat to end Ohno at 2:57. This was a squash.

Amore and Cassady want another shot at Rusev and Dawson. Cassady says he wouldn’t even let Dawson fix his car. The only thing Rusev is breaking is his mother’s heart by not wearing shoes. Enzo says Dawson and Rusev have been eating tacos. SAWFT tacos! Cassady: “I worry about you sometimes.”

Mojo Rawley is going to hype us next week. I’ve heard a lot about him but I’ve never actually seen him.

Ascension is challenging. Neville and Victor get us going with the champion flipping around and kicking Victor down for two. Victor gets kicked in the head but shrugs it off to bring in O’Brien. Neville escapes a suplex and makes the tag off to Graves who still has injured ribs, which are made worse by a flapjack from O’Brien for two. Victor comes back in and goes right after the ribs before giving it back to Conor.

Back from a break with Graves hitting a cross body on Victor but injuring his ribs in the process. O’Brien hooks a body scissors to keep Graves in trouble before it’s back to Victor for more right hands to the head. We hit another chinlock until Graves fights up and avoids a charge in the corner, sending Rick’s shoulder into the post.

Off to Neville for the rapid fire kicks and a pair of dropkicks to lay out Ascension. Both guys are knocked to the floor for a BIG dive to take out both challengers. Victor is sent back in and caught with a springboard missile dropkick for two. A high kick to the head looks to set up Red Arrow but Rick moves at the last second, giving Victor two. Graves pulls Neville to the corner for the tag but walks into a running knee to the head. Fall of Man (Total Elimination) is enough for the pin and the titles for O’Brien at 13:00.

Result:Ascension b. Corey Graves/Adrian Neville – Fall of Man to Graves (13:00)

RVD is here next week.

The idea is that anyone can come out to challenge Dallas and if anyone can pin him, they get a title shot in two weeks. The first guy up is named Chance Champion which I found online. He doesn’t get an entrance, so the fans chant “Let’s go this guy!” because they’re actually paying attention to the show instead of saying random things to entertain themselves. Champion (the person, not the champion) gets a quick rollup for two but Bo pounds him in the corner and spears him down for the pin at 1:12.

Next up is Leo Kruger and Bo seems ready. Actually wait as here’s Antonio Cesaro instead to take the shot. The fans want a triple threat but the challengers fight instead until Kruger is sent to the floor. Cesaro brags too much though and gets dumped by Dallas, which I guess is an elimination?

Next in is El Local who avoids a quick and hits a running boot to the face in the corner for the pin in 30 seconds. The fans chant OLE and SI before it’s revealed to be Sami Zayn. Somewhere Dean Malenko is smiling.

Ascension b. Adrian Neville/Corey Graves – Fall of Man to Graves 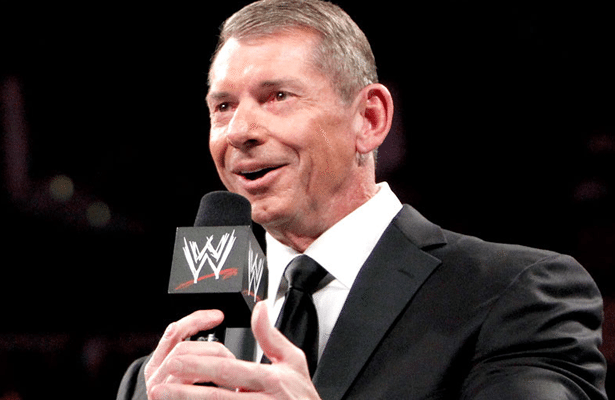