The WWE is almost on the verge of a civil war between the HHH regime and a good chunk of the midcard. Daniel Bryan continues to be the one big hope for the good guys but tonight is about Dolph Ziggler as he challenges for Dean Ambrose’s US Title. Other than that we may see some new developments for Battleground which is now just over a week away. Let’s get to it.

Here’s HHH to open things up. He’s been checking social media and doesn’t like seeing terms like favoritism or abuse of power. Sometimes WWE Superstars would rather blame management for their own failures. HHH and Stephanie are fine with that burden because they simply can’t make everyone happy so they do what’s best for business. Then on Raw HHH puts Shield in an 11-3 handicap match, ending with Daniel Bryan pinning Seth Rollins for the final win. HHH continues to talk about how awesome the match was but here’s Miz to interrupt.

Miz doesn’t think there’s much to this idea of being fair but HHH cuts him off by reminding Miz of all the opportunities he’s been given. Miz is the classic example of what HHH was talking about: a superstar who failed but blames someone else. HHH put him in the ring with Randy Orton two weeks ago and here’s a clip of the beatdown Orton gave him in front of Miz’s family.

What HHH doesn’t get is why the beatdown that Randy Orton gave Miz should be on HHH’s head. It’s HHH’s job to protect Miz, even from himself. That’s why Miz only allowed Miz to host MizTV on Raw and he even threw Miz another opportunity by giving him Big Show as a guest. We get a clip of Stephanie telling Big Show to knock him out, which Miz says was ridiculous.

HHH asks Miz what he called Stephanie, with Miz repeating the castrated witch line, but he wishes he could replace the W with a B. Tempers were running high all around on Monday and HHH is sure Stephanie regrets what she said. However, let’s talk about tonight. Miz must be ready to go, so tonight it’s Miz vs. Randy Orton. Maybe HHH should even get in the jet and bring Miz’s parents here to watch another beatdown.

Non-title of course. Del Rio is very excited over what he did to RVD on Raw and he easily weathers an early Truth attack, only to miss a charge into the post. Truth’s suplex into a Stunner gets two but the ax kick misses, allowing Del Rio to hit the low superkick for the pin at 1:33.

Post match Del Rio goes after Truth even more until RVD makes the save and holds up the title.

In the back Vickie and HHH make the match with Del Rio vs. RVD a hardcore match. HHH’s name for the match: the Battleground Hardcore Rules match. Somehow, that might be more creative than the writing staff.

The Prime Time Players teach some stagehands the Millions of Dollars dance.

Swagger and Titus get things going with O’Neil kicking both Americans down like they’re not even there. Swagger comes back by taking out the leg before the Americans start some rapid tags. Jack drives Titus into the corner for some shoulders to the ribs before it’s back to Cesaro to stomp him down. Here’s the giant swing on O’Neil for a ridiculous 27 seconds. It’s one thing on a small guy like Santino but to do 22 revolutions on a guy 6’4 and over 260lbs is INSANE. Again, why in the world is Cesaro in this tag team and not fighting for world titles?

Cesaro is too dizzy to stop a tag though and Young starts cleaning house. Cesaro comes right back with a spinning Rock Bottom for two as everything breaks down. Darren gets a rollup for two on Antonio but Swagger gets in a blind tag. Young hits the Gut Check on Cesaro but Swagger comes back in with the Patriot Lock for the submission from Young at 3:45.

Harper and Rowan throw Ryder into the ring but don’t do anything to him other than that. Zack fires off some right hands so Bray just runs him over and drives in shots to Ryder’s back. We actually get a chinlock from Wyatt but Ryder fights up and hits his usual stuff. The Rough Ryder is countered with Ryder being LAUNCHED into the air, followed by Sister Abigail’s Kiss getting the pin at 2:21.

Kofi and RVD flank Ziggler for protection. Just get to the DQ and six man tag already. Dean takes over with a headbutt and rakes Ziggy’s eyes over the top rope. An elbow drop gets a quick one for the champion but Dolph comes back with punches in the corner and a dropkick. A Cactus Clothesline puts both guys on the floor, triggering a brawl for the DQ at 2:01.

The bell rings and we take a break literally a second later. Back with Van Dam firing off kicks to Rollins before driving shoulders in the corner. Rolling Thunder gets two but Rollins gets in a shot to Rob’s bad arm to take over. Off to Dean to crank on the arm but Rob comes back with a spin kick to the face to bring in Ziggler. Dolph snaps off a dropkick and drops five elbows instead of ten. Ambrose pops up and counters the jumping DDT into a snap spinebuster to give Shield control again.

Off to Reigns for a hard clothesline for two before bringing Dean back in to work on the ribs. Reigns comes back in and slams Dolph face first into the mat in a move so simple that it’s awesome. Something like a gutwrench slam has Ziggler in even more trouble but he comes back with a dropkick to put both guys down. Rollins breaks up another hot tag attempt but gets backdropped down, allowing for the real hot tag to Kofi.

Kingston speeds things up and hits the Boom Drop on Ambrose followed by the spinning cross body for two. Ziggler hits the Fameasser on Rollins but gets speared down by Reigns. Rob kicks Reigns down and clotheslines him to the floor for a moonsault from the apron. Kofi hits a springboard clothesline on Ambrose and Trouble in Paradise to Reigns, only to have Rollins hit the running knee to the head to give Dean the pin at 11:43.

Big Show says he can’t sleep at night and is a pariah in his own locker room. He starts crying again when HHH comes in and says maybe Show should just walk away. They really need to read up on what IRON CLAD means. HHH offers to help him find a job as a doorman or baggage handler since Big Show’s size makes him “special.”  Big Show holds up his fist at HHH but doesn’t do anything past that.

Non-title. Tamina comes out with AJ due to every other Diva being against her (according to AJ in an inset promo). AJ takes Cameron into the corner before hooking a cravate about 30 seconds into the match. Cameron comes back with a quick rollup and a flying leg attack which was supposed to be a cross body for two. AJ sends her to the floor and shouts that Cameron is useless. Tamina takes out an interfering Naomi and the Shining Wizard knocks out Cameron for the pin at 2:41. Still no idea who I’m supposed to cheer for here but Cameron is worthless.

Here’s Heyman to show us a clip of him pinning Punk at the PPV. The fans have disappointed him because they’re surprised he pinned Punk. Heyman trade secret: Punk will lose every time the fans’ blood lust drives him to come after Paul. We look at the Heyman guys destroying Punk on Monday. Heyman thanks everyone for their help on Monday and that includes the fans for driving Punk to do it. Punk is crazy enough to want a match with Ryback at Battleground which will end up with Punk on his back and looking up at the best in the world.

Santino has Hornswoggle and Great Khali with him. Slater drops Santino with a single right hand to start and we hit the chinlock thirty seconds into the match. Santino comes back with his punches and hiptoss, only to have Slater knee him in the ribs to stop the comeback. As much of a comeback as you can have in the first minute of a match that is.

We recap the Rhodes Family troubles. Cody and Goldust (and presumably Dusty) accept an invitation to Raw on Monday.

The Miz vs. Randy Orton

Miz charges at Orton to start and fires off left hands in the corner. A clothesline sends Orton to the floor and he goes into the post for good measure. Back in and Miz pounds away even more before kicking Orton in the face. The running corner clothesline only hits buckle though and Orton has a breather. Miz might have injured his shoulder and has to be looked at but says he can keep going. Orton immediately grabs the Elevated DDT and won’t let the doctor check on Miz again, drawing a DQ at 3:05. I’m not going to bother rating it due to a good chunk being spent on the medical check but this was more of an angle than a match.

Cue HHH to say that Orton isn’t getting out of it that easily so we’re restarting this as a No DQ match. Orton throws Miz over the announce table and then into the steps as he’s in psycho mode. Miz gets in a chair shot to the ribs but Orton gets in a shot of his own to take over again. Another Elevated DDT on the floor knocks Miz out cold but it’s the RKO for the pin at about 6:20 total.

Dolph Ziggler b. Dean Ambrose via DQ when Shield interfered

This concludes our live coverage of Smackdown.  Make sure to join us on Monday for Monday Night Raw at 8PM EST.

Remember to follow me on Twitter @kbreviews and pick up my new book of Complete Monday Nitro Reviews Volume I at Amazon for just $4 at: 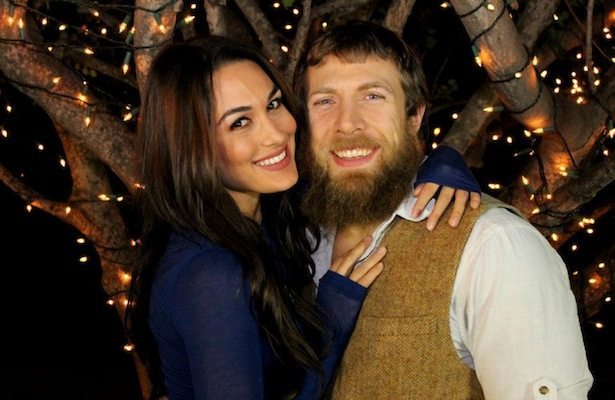 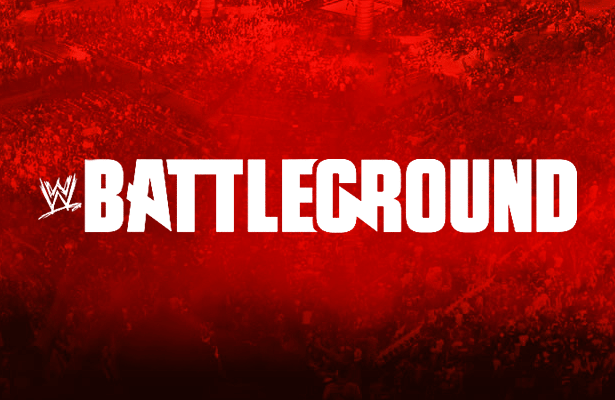