It’s a holiday show and that means a lot of things could happen. In this case we’re also going to bear witness to Matt Hardy’s Ice Cream Social because this show is whatever the Hardys come up with to be all zany. As far as wrestling goes, we’ve got Ethan Carter III vs. Eli Drake with title shot vs. Drake being allowed to talk on the line. Let’s get to it.

We open with a recap of the DCC attacking and defeating Eddie Edwards and Jeff Hardy last week.

Here’s Jeff to open things up in the arena. Jeff says today is all about family and while he’s not at home, the Creatures are still his family. As much as Jeff wants to jog Matt’s memory, he needs to deal with the DCC right now. Cue the DCC on screen to say they’re many, and can destroy the obsolete later tonight in a No DQ match. The unmasked men come to the ring but Jeff gets in a few shots and bails like a wise man. 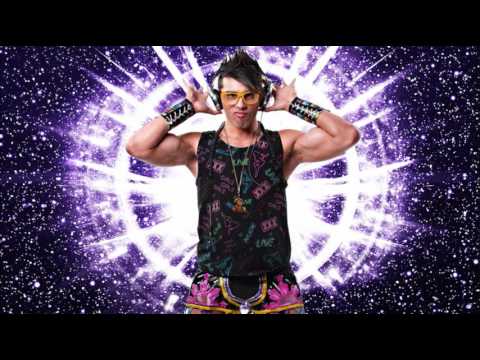 Elimination rules meaning all three have to be eliminated and non-title since there isn’t a title for this Team X Gold thing. Mandrews, Steve and Lee start things off with the Brit cleaning house.

Spud comes in and gets slammed by six different people without an ejection. Abyss even gets in a slam on Spud because well why not. A missile dropkick puts Abyss down but Mandrews’ followup doesn’t work quite so well as he crashes to the floor. Abyss hits him with a chair and that’s an ejection.

Mandrews taps out to a crossface chickenwing a few seconds later and Josh goes on a limb suggesting that the team with three members is in control at the moment. Everett moonsaults onto Steve for an elimination, only to get caught in the DJZ for an elimination almost immediately thereafter.

So it’s DJZ/Sutter vs. Lee/Rockett vs. Spud. Sutter’s Flatliner gets rid of Lee but Spud and Rockett get in an argument over who gets to beat up DJZ. Unfortunately Spud realizes he has no partners left so it’s a kick to Spud’s face and a Rock Bottom for the elimination. Another Flatliner gives Sutter the final pin at 8:07.

Allie is playing with dolls and talking about Thanksgiving when Maria and Laurel Van Ness come in. They rip on Allie for being stupid and Maria says Allie will be serving them dinner on their double date.

Matt says his food will make Robert Irvine’s cooking obsolete, sending Vanguard I a shot of hope. The first guest, a referee, comes up and has some tapes to show Matt.

It’s time for Thanksgiving dinner with Allie dressed as a Pilgrim. She doesn’t want Braxton Sutter to see her like this so guess who Laurel’s date is. Laurel and Mike Bennett say what they’re thankful for and Maria yells at Allie for trying to speak. Van Ness hits on Braxton and Allie finally snaps, calling Laurel a big meanie. Maria gets pied and that’s about it.

Carter and Drake are ready for their main event tonight. 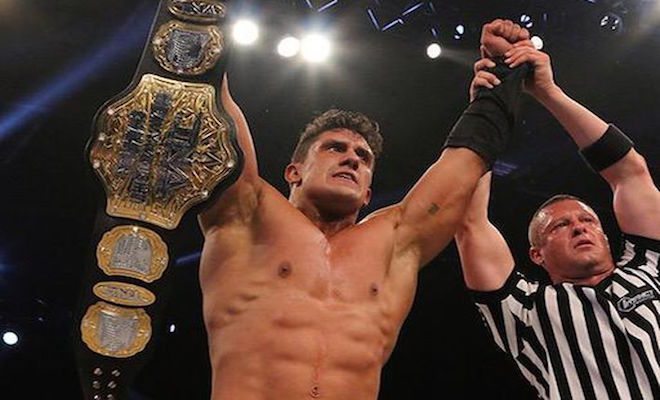 Title shot vs. being able to speak for the rest of the year. They start brawling on the floor for a bit until Carter hits a dropkick inside to take over. Drake slowly pounds away but gets clotheslined right back to the floor as we take a break. Back with Drake being sent into the steps but he snaps Ethan’s throat over the top. We hit the chinlock for a bit, followed by a powerslam for two on Ethan.

With nothing else to do, Drake grabs a microphone and talks trash while stomping away. He slaps Carter in the face a few times but gets caught in the TK3. The 1%er is countered into a torture rack neckbreaker but Carter comes right back with a frog splash for the same. Blunt Force Trauma gets two for Eli and the 1%er gets the same. The rear naked choke makes Drake tap at 16:04.

The Hardys hypnotize Matt to fix him. Another snap of the hypnotist’s fingers turns Matt back into his one true self, meaning the one who doesn’t like wrestling.

Snow and Baraka start things off with Basile yelling about the old man. The trapping headbutts have Snow in control and it’s off to Shera for the dancing. That doesn’t last long and it’s back to Snow, who gets caught in the wrong corner. That only lasts a little while as well before it’s off to Shera for the Sky High and another near fall. Everything breaks down and the Snow Plow is broken up, leaving Baraka to hit Snow with a foreign object for the DQ at 6:34.

Grado and Robbie E. are put in a turkey suit match to bring back a tradition.

They slug it out to start with Grado getting the better of it off the snap jabs. A double clothesline puts both guys down, where they stay for a good while. Robbie grabs a rollup for the pin at 2:39.

Aiden O’Shea comes out to make Grado put on the suit and dancing ensues. Total waste of time here but at least it wasn’t Al Snow and the Tribunal.

Rosemary is ready for her cage match next week.

Anything goes. Jeff knocks him to the floor to start and hits a dive, only to have to back off from the DCC. Back with Bram charging into boots in the corner but Storm comes in to interfere. Jeff makes another comeback but has to deal with Storm while Bram goes outside for a chair. The Whisper in the Wind gets rid of Storm and the Twisting Stunner gets two on Bram. A quick Last Call knocks Jeff into the Brighter Side of Suffering for the pin at 11:56.

The DCC poses with the titles.

Reby is at her wits’ end with Matt but he just can’t remember what’s going on. Matt storms out of the house freaking out and asks the seven deities to send him a sign. He is then hit by a bolt of lightning, which turns him back into Broke Matt.

Remember to check out my website at kbwrestlingreviews.com and pick up my new book, KB’s Complete Monday Nitro and Thunder Reviews Volume V at Amazon for just $3.99 at: 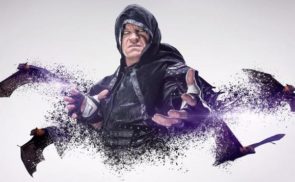 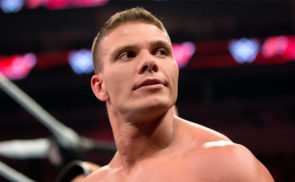