It’s the go home show for Takeover: Toronto and that means we get the big final push tonight. Normally that means good thing from NXT as they have this down to a science but there’s a first time for everything. The other interesting note is something called the Return, which has been hyped up in recent weeks. Let’s get to it.

Royce takes her down and hits a headbutt to start but gets sunset flipped for one. Some clotheslines have Royce in trouble and Billie gets dropped as well, only to have her come in for the DQ at 2:23.

Video on Andrade Cien Almas turning on and beating up Cedric Alexander.

Video on the Dusty Rhodes Tag Team Classic. Apparently Paul Ellering will be in a cage above the ring during the finals.

It’s time for the Return and it’s…..Elias Samson. Elias sings a quick song about being back and Graves just unloads on him. Graves: “They should fire our sound guys. That was so bad.”

The jobber, as the fans refer to him, grabs a wristlock to start but is quickly kneed in the head. A jumping elbow gets two with Elias pulling him up at two, only to finish with the neckbreaker at 2:29.

Ember Moon, Liv Morgan and Aliyah are ready for Royce and Kay, particularly in a six woman tag.

Video on DIY vs. Revival.

Video on Bobby Roode vs. Tye Dillinger, featuring a lot of footage of Dillinger’s original developmental run, plus his brief stint on the main roster before being released. 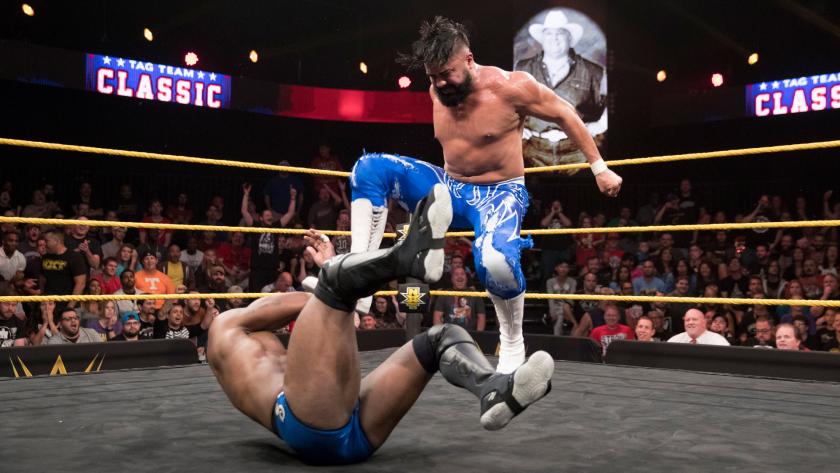 Almas keeps hiding in the corner to start but gis attempt at coming out earns himself a dropkick and some chops, including one that makes Almas gasp in pain. The chops continue as we’re over three minutes in with almost nothing besides chops.

Cedric switches things up with a stomp to the chest and even more chops to take us to a break. Back with Alexander losing a brawl and getting kicked in the face for two in the corner. Things settle down with something like a Kimura keeping Cedric in trouble, followed by a triangle choke of all things over the ropes.

We continue the arm work with a Fujiwara armbar until Alexander gets his foot on the ropes for the break. Alexander finally gets back up and sends Almas outside for a big flip dive, only to get caught in a powerbomb for two. The running double knees in the corner is countered into a Lumbar Check. Almas gets to the rope though and grabs an arm trap DDT for the pin at 17:03.

A long video on Samoa Joe vs. Shinsuke Nakamura wraps this up.

Remember to check out my website at kbwrestlingreviews.com, and pick up my new book, KB’s Complete 2014 Raw and Smackdown Reviews Part I at Amazon for just $3.99 at: 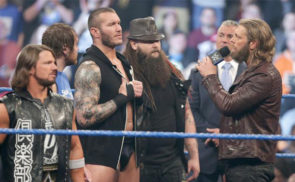 What was the Return on “NXT”?