This is a special episode as we’re past Takeover: Toronto and since there hasn’t been time for a full taping, this show was filmed before Saturday’s show, meaning this is again in a huge arena. Things changed a lot in Toronto as two titles changed hands, including the NXT Title. Let’s get to it.

We open with the long recap of Saturday’s show. 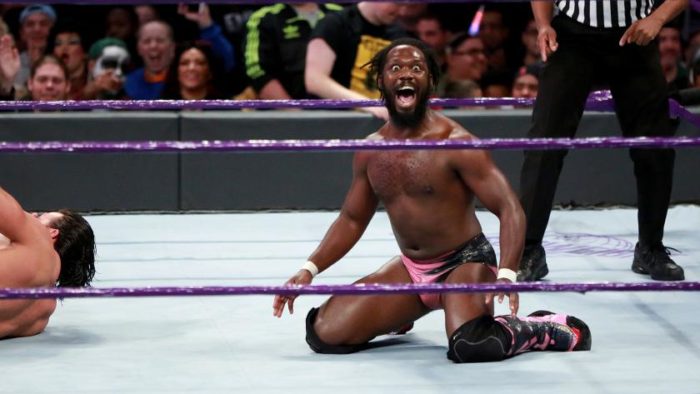 Kona is aggressive to start and gets two off a pop up Samoan drop. Swann gets whipped hard into the corner and Reeves stops for a big, evil grin. The offense doesn’t last long though as Rich comes right back with a running kick to the face and the standing 450….but here’s Sanity for the no contest at 4:30, nearly a minute and a half of which was the team’s entrance.

Result: Rich Swann vs. Kona Reeves went to a no contest when Sanity interfered (4:30)

Swann fights back but gets taken down by the numbers as a big EY chant breaks out. Eric Young says this generation is going to be remembered because Sanity is going to take.

Post break, No Way Jose is out to check on his partner and calls out Young for a fight right now. The rest of the team surrounds the ring and the brawl is on with no referee or bell. A right hand has Young in trouble and the rest of Sanity comes in for the beatdown.

Video on the finals of the Dusty Classic.

The Authors of Pain are ready for Chapter Three, which will be explained in time.

Tye says he might have taken a step back with the loss but the people still supported him so he’ll be back.

Long video on DIY vs. Revival.

Video on Asuka vs. Mickie James.

Mickie is in tears over how amazing that was and calls Asuka incredible.

Nakamura wants a rematch as soon as possible.

Aliyah is the hometown girl and Berenato is the tough boxer/fighter. Billie and Liv start things off and an early headscissors takes Kay down. Aliyah comes in and Corey wants to know what’s up with people listing their area code. Daria comes in and takes Aliyah down as we take an early break. Back with Aliyah still in trouble until an enziguri gets her out of trouble. Moon comes in off the hot tag and cleans house as everything breaks down. Billie kicks Moon in the face but the Aussies tell Daria to take care of the rest. As soon as Daria turns around, the Eclipse wraps things up at 8:41.

BREAKING NEWS: Nakamura vs. Joe for the title in two weeks from Osaka, Japan. 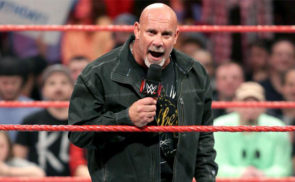 Goldberg: “The Best Way to Take Lesnar Down Was Shock and Awe” 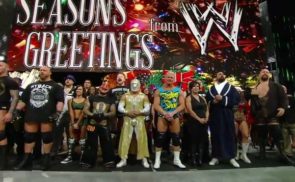