The Vaudevillains’ entrance is toned down with no barker. English is sent into the corner to start but poses on the corner for a bow instead. Fandango isn’t cool with that and clotheslines him down before starting in on the knee. It’s off to Gotch but English gets in a shot to take over. English says THEY should be on Team Smackdown as he drops Breeze face first on the apron for two. An enziguri gets Breeze out of trouble and it’s the hot tag to bring Fandango in so house can be cleaned. Breeze Supermodel Kicks English into a Falcon’s Arrow for the pin at 3:43.

We look at two of the three big Survivor Series matches before going to our first Raw selection. 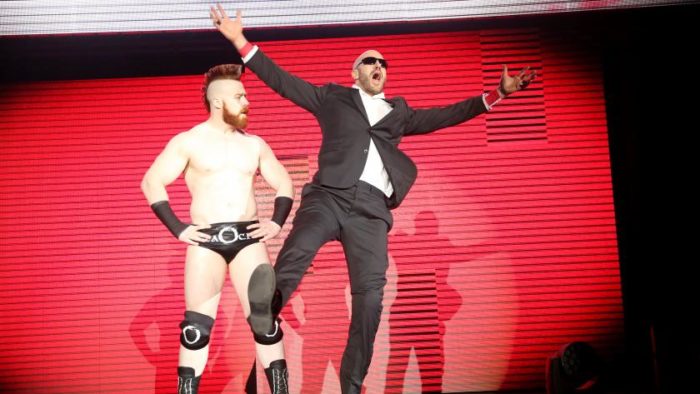 Cesaro and Reigns get things going and Owens is looking bored on the apron. A dropkick sends Reigns into the corner and it’s time for an argument between the dysfunctional team over who gets to beat him up. Sheamus dives into an uppercut and Owens finally gets involved, only to be taken down by a slingshot dive as we take a break.

Back with Owens clotheslining Cesaro in the corner to set up the Cannonball for two. The hot tag brings in Sheamus for the apron forearms but he loses a fight to Reigns on the floor. Apparently there was a tag in there somewhere as Reigns is allowed to come in and beat on Sheamus, including the Superman Punch for two. Owens tags himself back in and eats a Brogue Kick, only to have Reigns spear Sheamus to give Kevin the pin at 12:10.

It’s time for Lesnar and Goldberg as it’s nearly halftime of Monday Night Football. Lesnar slips a bit during his jump to the apron but it’s not bad. There’s a wall of security as Goldberg tells Lesnar to shut up and stay out of this. Heyman gets cut off by the GOLDBERG chants before finally going on about all the people Lesnar has killed. Goldberg cuts him off again to say his name isn’t on that list, only to have the chants start up again. Heyman starts to offer something but Lesnar grabs the mic and tells the fans to shut up.

The offer is for Heyman to find a replacement for Sunday’s match. That means Goldberg takes off his shirt so Lesnar shoves some guards down. Heyman says the beating will be so bad that Goldberg’s son will call Lesnar daddy. The security is quickly dispatched and there’s no one left between them. Lesnar, with one of the palest chests I’ve ever seen on a wrestler, walks away. 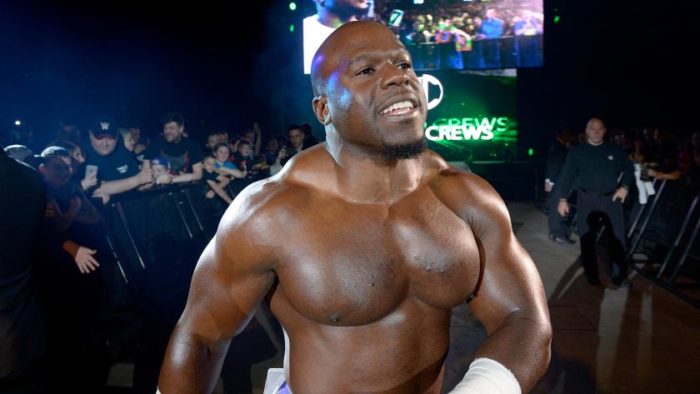 Luke immediately knocks Crews into the corner and grabs a headlock on the mat. Back up and Apollo sends it outside where he moonsaults over Luke, only to eat a superkick to send us to a break. Things aren’t much better for Crews as we come back to see him in the Gator Roll.

A Boss Man Slam gets two and it’s time to walk around shouting “YEAH YEAH YEAH”. Harper’s chinlock slows things down a bit until Apollo gets up for a high crossbody. A standing shooting star press gets the same but the Toss Powerbomb is easily broken up. The discus lariat knocks Crews cold for the pin at 9:55.

We wrap it up with most of the closing segment from Monday.

Here are all four bosses for the closing segment. They bicker a lot, the fans chant for Smackdown, Stephanie gets in a quick line with “YOU GUYS ARE AT RAW!”, Bryan points out that Foley and Shane are known for jumping off of tall structures and they debate the cruiserweight division being on the line.

Stephanie brings out the Raw team but here’s the Smackdown team through the crowd. Owens and AJ get in an argument over whose title is more important with Owens saying it’s his because he holds it. AJ suggests that Owens might wind up on the list but Jericho gives him a hug to calm things down. That means AJ JUST MADE THE LIST (pop of the night). Oh and that stupid soccer mom haircut? IT JUST MADE THE LIST! Jericho still isn’t done as he sees James Ellsworth, who is a weird looking guy. “Do you know what happens to weird looking guys on Raw? YOU JUST MADE THE LIST!”

Bray grabs the mic and yells at Braun for abandoning him after being given the keys to the kingdom. This Sunday, Smackdown destroys the monster that Bray created. A staredown ensues but Seth grabs the mic, only to start the brawl. Everyone goes after Braun with Shane getting to knock him outside. Orton gets back in but it’s Reigns cleaning house and getting booed out of the building. A DoubleBomb sends AJ onto Team Smackdown to end the show.

Remember to check out my website at kbwrestlingreviews.com and pick up my new book, KB’s Complete 2014 Raw and Smackdown Reviews Part I at Amazon for just $3.99 at: 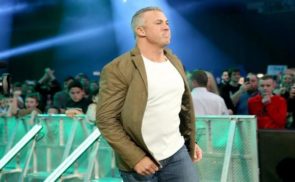