Either way, it was going to be a bomb. The Punjabi Prison is one of the most out there match concepts that WWE has ever produced. It’s huge, it’s complicated, and it rarely goes well. However, it turns out that things were originally going to be completely different and some things really changed along the way.

Before we get to the story, here’s how the match is supposed to go in case you’ve blocked it from your mind: 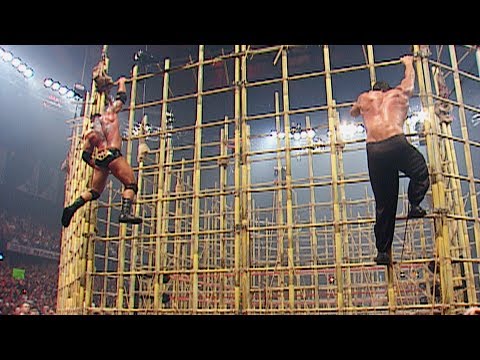 Former WWE writer Court Bauer recently appeared on the “Wrestling Inc. Podcast” and spoke about the original plans for the match. It turns out that the Punjabi Prison was completely different than what was originally going to be presented and most of the writing staff really wasn’t a fan. Here’s the original story, with transcription courtesy of Wrestlinginc.com:

“The original idea actually was rooted in my pitch in the Spring of 2006 to bring the exploding deathmatch made famous in IWA Japan and FMW to the States because it’s one of the rare things WWE had never touched. And SmackDown needed a shot in the arm, we needed a specialty match, we needed something a little different.

“We had some good brawlers and I thought well we could build to something with this. We were just talking out loud and [Vince McMahon] turned down War Games, he always does and always will. And I said what about this and I had a whole presentation, it wasn’t off the cuff, I showed him footage, I had a whole package — a real pitch put together for this. And Vince thought about it and said, ‘Let’s do it.’ There we started on our path to the exploding deathmatch coming to WWE for what was tracking to be the summer of 2006.”

“Ultimately, Kevin [Dunn] sent us the final product. Not mock-ups, the final product, it’s built. And it looks like a set piece from Indiana Jones and the Temple of Doom. I don’t know what to make of it, a play set some poor child would get killed on.”

“Unanimously across the writer’s room, jaws dropped. And we’re looking at this thing doing double takes. I remember Dusty Rhodes taking his granny glasses and pulling them from the edge of his nose, close up top to make sure he was seeing what he thought he was seeing. And he was like, ‘Man it looks like Lincoln Logs.’ And I thought to myself, unless the bamboo explodes, which would be a safety hazard, this has mutated into something perverse and it’s not what we had pitched Vince.”

Opinion: I’m not even sure what to say about this. While the exploding ring match would have felt way out of character for WWE, who doesn’t go heavy on the violence very often. That being said, it sounds better than the Punjabi Prison match, which always tends to be one of the biggest disasters on any occasion WWE brings it out. I’d rather see the actual bombs than the figurative one though, especially after the mess at “Battleground 2017”.

Does the original idea interest you? Would it have been worse than what we got? Let us know in the comments below. 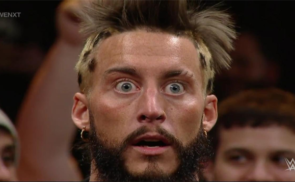 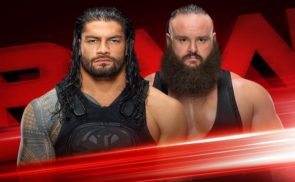