Yeah I’d say that’s big. There are certain gimmick matches that just feel more special that others. It is the kind of match that feels like the be all and end all for a feud, or at least it is supposed to. Those are the matches that you get to see every so often and when they are not used frequently, the come off as the biggest things in a promotion. We might be seeing another one soon.

AEW has a lot of things going on and one of their most prominent is their amount of stables. The company has all kinds of groups and factions running around, which can be a good thing in a lot of ways. If nothing else, it allows AEW to have options when it comes to one group of people fighting another, which is going to be the case in the very near future in a first time ever match.

This week on Dynamite, Chris Jericho announced that the Inner Circle will face the Pinnacle in a Blood & Guts match on the May 5 edition of Dynamite. The match had been previously set for last April with the Inner Circle facing the Elite but was postponed due to the Coronavirus pandemic. There is no word on how the match will work, but it is believed to be something like WarGames.

This should be huge. Check out how we got here: 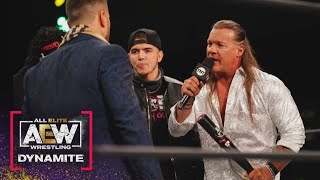 What Was Resolved in the Inner Circle War Council | AEW Dynamite 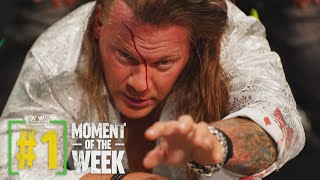 MUST SEE: MJF Leaves the Inner Circle and Starts His Own Faction in AEW AEW Dynamite 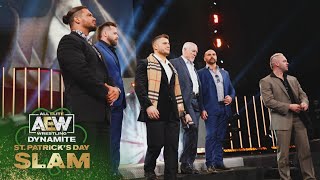 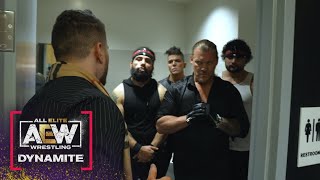 Opinion: This is the kind of thing that you knew was going to happen eventually around here and this should be a heck of a fight. What confuses me though is the fact that this is airing on Dynamite instead of at Double Or Nothing just a few weeks later. Maybe they are a little hesitant after the mess in the exploding ring match, but otherwise, this seems like a lot of money being left on the table.