He’s back. There are all kinds of celebrities in wrestling history and some of them have had quite the impact. Bringing a celebrity into wrestling is one of the trickiest things that a promotion can figure out because you need to find someone who can do something but also someone the fans are going to care about. WWE has a hit and miss record, and now one of their hits is going elsewhere.

While AEW has not been around for two years, it has had a few celebrity appearances to date. They have not gone completely overboard with them though, as some of their best choices have been mainstream athletes. It also helps to have someone who has a connection to wrestling, which is where they are going with their next celebrity appearance this week.

AEW has announced that former World Heavyweight Champion boxer Mike Tyson will make his return to the company on this week’s edition of Dynamite. There is no word on what Tyson will be doing on the show. Tyson previously appeared in 2020 in a showdown with Chris Jericho but never followed up on the appearances. This week’s show will go head to head with the first night of NXT Takeover: Stand & Deliver.

Tyson has been involved in wrestling before. Check out what he has done in AEW: 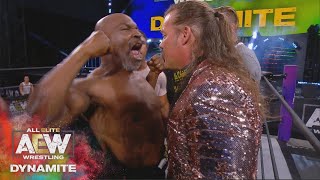 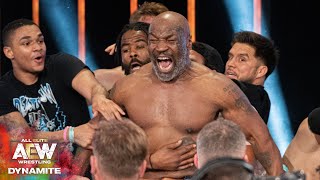 THE WORLD REACTS TO TYSON AND JERICHO FACING OFF ON DYNAMITE | AEW DYNAMITE 6/3/20, JACKSONVILLE 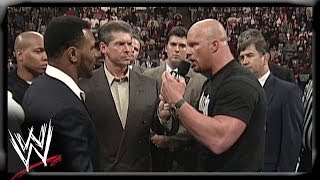 Opinion: I’m not sure how much impact Tyson is going to have on the show but it makes sense to put someone out there to try and draw some fans away from NXT. Tyson is not quite the biggest star in the world these days but he did have an exhibition fight late last year which got some attention. It might not be some game changer, but it isn’t an awful idea either. 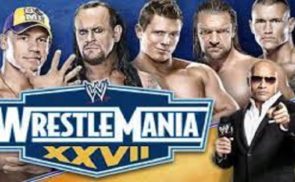