According to PWInsider.com, both Ruby Riott and Nia Jax are going to be in Houston, Texas this weekend for the Royal Rumble. At the moment, there is no guarantee that the two of them will be in the women’s Royal Rumble, though both have been rumored to be ready for a return over the last few weeks. Jax has been out with double ACL surgery with her most recent match taking place at WrestleMania 35. On the other hand, Riott has been out of the ring since May 17 due to double shoulder surgery.

Both of them could make an impact. Check out how the two of them do when they are healthy: 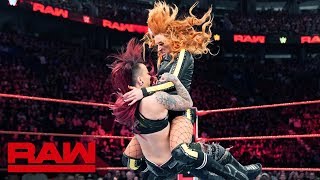 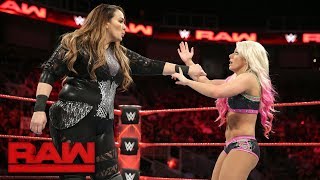 Opinion: I’m really not sure what to expect from this Royal Rumble as there are so many spots available for so many wrestlers to take. Some of them are going to be active wrestlers but there are going to be a lot of names making their returns from various issues. That makes for some exciting moments and having Riott and Jax back could do some good things for either women’s division.

Which of these two interest you more? Who do you see winning the match? Let us know in the comments below.