There’s the fallout. There is no one as powerful in the wrestling world as Vince McMahon. He has run the largest wrestling promotion in the world for about forty years now and no one is close to his level of influence. However, there are some things that can slow McMahon down and now we are one of the biggest imaginable, as McMahon has lost quite a bit of power.

Earlier this week, WWE announced that McMahon was under an internal investigation for an alleged affair with a WWE employee. The affair saw McMahon pay the woman $3 million to keep the story quiet, along with possibly doubling her salary once the affair began. On Friday, WWE announced that McMahon will be stepping away from his duties as CEO and Chairman of the Board, with his daughter Stephanie taking over until the end of the investigation. Vince will still maintain his creative duties with WWE.

Opinion: That’s about as big of a bombshell as you could get, as the idea of Vince not being in charge is one of the most hard to fathom concepts in WWE. The fact that Stephanie is taking over in his absence is very interesting too, as she only just took a leave of absence in recent months. This feels like a story that could blow up in a huge way and now we get to see just what happens.

What does this mean for WWE? How much will it impact the company? Let us know in the comments below. 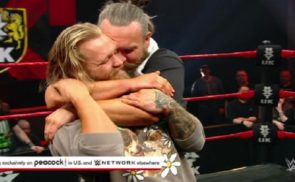 On The Line: New Title Match Set For WWE Money In The Bank