There are certain phrases that we as fans like to throw around, occasionally not entirely knowing what we’re talking about. That can create some problems, as sometimes we spend so much time trying to check off a list that we don’t see what we have right in front of our eyes. One thing that we often forget is that there are people whose job it is to walk us through what we’re seeing on a show and point us in the right direction. That is what we’ll be looking at this week.

The commentary team is one of the most important parts of a wrestling broadcast but they often get ignored for the most part. You might remember one or two things that they say, but it is rarely poignant and more often than not, the focus is on something that doesn’t sound so great. Part of that is due to the fact that commentary talks A LOT these days, and that is where things can become a bit problematic. This week we’re taking a trip into the time machine and looking at about a minute of history that shows you the concept of less is more.

Join me if you will in February 1980, when Jerry Lawler breaks his leg in a touch football game. For those of you who know a little something about Memphis wrestling history, you know that this means it is time to raise the alarm, because as Lawler goes, so goes Memphis. Lawler would go on to wrestle six more matches in the entire year and business would take a huge hit as a result. However, everyone knew Lawler would be back, and that included one Jimmy Hart, who had something to say about Lawler.

One day during a promo, Hart said that Lawler was like an old horse that you take behind a barn and shoot because of his broken leg. This went about as well with Lawler as you would have expected, and when he came back, he swore vengeance on Hart. Like any good manager, Hart sent a line of people at Lawler, who mowed them down one by one. Hart had one ace up his sleeve though: former NWA World Champion, Terry Funk, and in the words of Paul Heyman when he was explaining Hulk Hogan to Brock Lesnar, “HE’S DIFFERENT!”

The showdown was set, and on March 23, 1981, Lawler and Funk met in the Mid-South Coliseum in Memphis, Tennessee. What followed was one of the best matches of all time, with Jim Cornette (who invented the scale) awarding it the first ever five star rating. I’ve seen this match more than a few times and while it is more than worth a watch, there is a section that we’re going to be looking at today.

About nine and a half minutes into the match (which ran about fourteen minutes), Funk had Lawler in trouble on the ropes, due to reasons of it’s Terry Funk. Lawler was leaning on the ropes and busted open but Funk kept hammering away, again, as you knew he would be. As Funk pounded on him, Lawler slowly pulled himself up, setting up the following commentary. This is all that was said by commentary Lance Russell for just shy of a minute:

“He’s almost oblivious to pain as he pounds on Lawler.”

Lawler……….close to be being out on his feet, can’t feel any more pain himself.

Funk hammers him, Lawler looks at him.

Oh man look at this battle!

Those are 43 words, which were spoken over the course of 56 seconds. There are some pauses in there, as Russell is hardly saying everything as fast as he can. What you have though is a story being told here, as I think you can figure out what is going on step by step here. With this out of the way, they can get to the meat of the match (which….well go watch it, because it’s really good).

What I want to focus on is the lack of commentary saying much of anything, while getting the entire story across. Just reading those words tell you a story, and you can picture what is going on in the ring. The only moves called in the whole match is a bunch of punches, which was about all you needed here anyway. It was a case of a simple story needing a simple explanation and that worked.

There is no big explanation for what is going on. There is no complicated name for moves that could be explained in a much simpler way. There is nothing besides a brief explanation of what you are seeing because that’s all it needs to be. You are seeing Lawler make his comeback and that doesn’t require much talking. Russell understands a very simple concept here: this isn’t radio, meaning you can see what you are seeing with your own eyes (or your eyes with the assistance of glasses in my case).

Far too often today in wrestling, you have commentators who feel the need to follow the Joey Styles school of broadcasting: list off every single move going on as fast as you can because the fans need to hear how many moves you know. The fact that I’M WATCHING THE SHOW AND CAN SEE WHAT IS GOING ON is completely lost on this style of commentary and for the life of me I do not get why it is what we are supposed to want to/need to hear.

Sure, Excalibur knows the proper name of a moonsault to the floor, but what difference does that make? Other than the proper name (because wrestling moves suddenly have proper names, which means I never, ever want to hear anyone refer to the Figure Four Grapevine as the Figure Four Leglock), what point is there to calling one move name after another? Is it supposed to be impressive? Yes, I’m aware that he Irish whipped him into the corner and hit a clothesline in the corner and I’m aware you have some catchy nickname for a basic spot. How does that make the show more interesting?

Commentary can do a lot of good things in wrestling, but sometimes, especially in the modern scene, there is way too much of an emphasis on just saying what is happening rather than explaining anything. Why is what you’re seeing interesting? Why does it matter that someone is doing that? What kind of feelings do you see in the match? What you so often hear today isn’t telling a story, but rather pointing at something and saying what it is.

The point of a commentary team is to be the voice of the company. They are supposed to tell you what is going on, why it matters, and why you should care. This can be done in a lot less work and with a lot fewer words than so many broadcasters seem to think, and I’m not sure why they would want to do more work for less of an impact. Is it really a case of explaining that your move list is bigger than mind? Just call what you see, because this isn’t radio and we can see things on teleVISION. 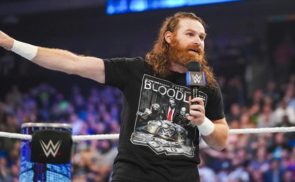 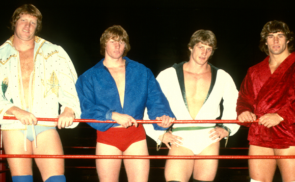