There’s your big one. With less than six weeks to go before WrestleMania 36, it is time to start making the card official in a hurry. There isn’t much time left to add matches and give them the proper hype so the announcements are going to start coming fast and furious. That was the case on Friday, as one of the biggest matches of the show was proposed and confirmed in just about an hour.

On Thursday at Super ShowDown, Goldberg defeated the Fiend to become the new Universal Champion. While a lot of fans were not pleased with the result, it set up a new direction for the title, with the road leading to Tampa and WrestleMania 36. The question was who would he be facing, and now we know who Goldberg’s first challenger is going to be.

This week on SmackDown, Roman Reigns vs. Goldberg for the Universal Title was officially announced for WrestleMania 36. Goldberg came to the ring to open the show and asked who was next. Reigns answered the challenge and said he was next before leaving the ring. Later in the night, the title match was official. This will be the first time that Reigns and Goldberg have met in a singles match.

I’m thinking these might be involved. Check out some of the best spears ever:

Opinion: I get what WWE sees in a match like this but I do wish it could have happened without the Fiend having to lose the title in such a short match. He’s put in so much work and effort to get here that it felt like he deserved better. I’m not sure how the match is going to go as Goldberg isn’t exactly known for long matches, but can you imagine Reigns having that short of a match? It’s likely how it’s going, but it sounds a bit strange.

Do you like the match? How would you put the match together? Let us know in the comments below. 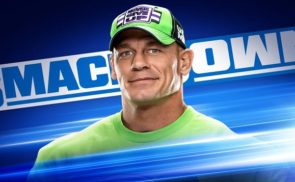 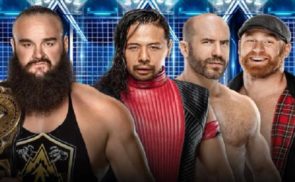