I guess not. WrestleMania 37 is less than eight weeks away and while the card has not yet been announced, you can see a lot of the matches coming from here. The card is going to be another double sized one with the event taking place over the course of two nights, but there is still a lot of time left to get things together. Some of the show might be filled up by some surprise appearances, but one name won’t be joining the event.

Legends and special appearances have been a part of WrestleMania since the beginning. It is the biggest night of the year and it makes sense to have some special guests show up as a result. This may be someone just making a special appearance or perhaps actually getting in the ring for the first time in a good while. This time around though, we can cross one possible name off of the list.

According to PWInsider Elite Audio by way of Wrestlinginc.com, Batista is currently filming Thor: Love & Thunder in Australia, meaning that he will not likely be appearing at WrestleMania. There is no word on when filming for the movie wraps up but Batista announced his retirement after WrestleMania 35. He is part of the 2020 WWE Hall of Fame class which was scheduled to be inducted last year but was postponed due to the Coronavirus pandemic. It is not clear when the class will be inducted.

Opinion: This isn’t the biggest surprise and in a way that is a good thing. Batista seemed happy to go out on his own terms after WrestleMania 35 so why bother messing that up for a one off spot? He has a pretty nice movie career going for him and that is more than most wrestlers turned actors can say. Batista can be inducted into the Hall of Fame when he gets the chance and there is nothing wrong with that. 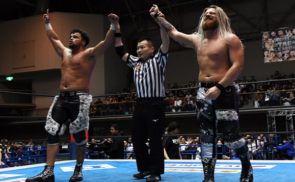 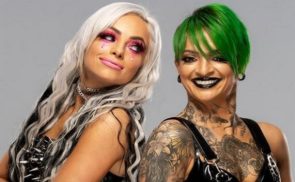