That’s quite the reason. WWE has seen a lot of names come and go over the years and very rarely are they reaching the top level of the business. While most wrestlers come and go without leaving a huge impact, every now and then you find someone who is a true legend of the business and can get away with almost anything they want. That is the case with someone whose career is wrapping up, so a lot of questions are being answered.

There is no secret to the fact that the Undertaker’s career seems to be winding down. He is coming up on thirty years as part of the WWE, which doesn’t even count the years he wrestled before coming to the company. As someone who protects kayfabe like few others in his generation, there have been several questions fans have been wanting to know for a long time now, and one of them has been answered.

While a guest on a recent episode of Pardon My Take, Undertaker was asked why his entrances last so long. Undertaker revealed that the amount of time spent on the entrance had to do with the opponent. If he felt that the match was not going to be good or that his opponent was limited, he would take extra time getting to the ring in order to give the fans something else rather than the match itself. Undertaker did not give any examples of wrestlers who would receive more or less time.

There are some big ones here. Check out some of Undertaker’s most famous entrances:

Opinion: That’s about as awesome of an answer as I could have asked for, as the Undertaker basically said he would take his time to avoid having a bad match. There is something so amazing about watching Undertaker just let loose and talk about whatever he wants to, mainly because he knows that he doesn’t have much time left in the ring and is just letting everything out. Fans have been waiting decades for something like this and Undertaker certainly isn’t disappointing.

What is your favorite Undertaker entrance? Who was Undertaker’s greatest opponent? Let us know in the comments below. 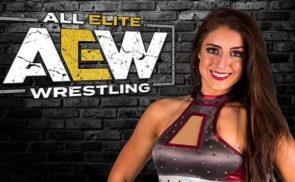