We have some sad news to report this morning as former WWE superstar, Shad Gaspard, has passed away at the age of 39. This is after his body went missing a few days ago while he was swimming with his son.

He was swimming with his 10-year-old son, Aryeh, when they and several other swimmers were caught in a strong rip current near Venice Beach. “When last seen by the lifeguard, a wave had crashed over Mr. Shad Gaspard and he was swept out to sea,” Los Angeles police said in a statement Monday.

Gaspard was most known for his time as a member of “Cryme Time”, along with his partner JTG. Check out a clip of them in action:

We at Wrestling Rumors extended our deepest sympathies and condolences to the entire Gaspard family during this difficult time. 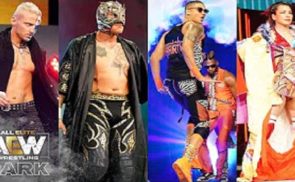