A sign of things to come? WWE has posted a new video to its YouTube channel, in which they show Drake Maverick’s story and the unbreakable dreams that he has. This is after he was released from his WWE contract on April 15 of this year.

As previously reported, Maverick was among several WWE superstars that were released in the middle of April. However, he has still been competing in the NXT Interim Cruiserweight Championship tournament and has a match with Kushida on tonight’s show. If he wins, he forces a tie in his group block, which means that he will have the opportunity to compete in the tournament.

I have a feeling that WWE is trying to find a way to bring him back, or at least get him a new deal when the world starts to return after the chaos of the COVID-19 pandemic. He is a very talented performer, both in and out of the ring, and is a very valuable commodity to the company. I really don’t think that WWE would put this piece out there if they didn’t have something for him in the very near future! 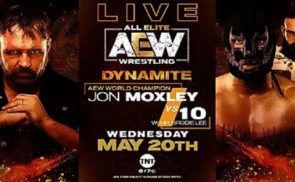