That’s a good explanation. A turn in wrestling can be both surprising and beneficial. Sometimes you need to see something switched for the sake of freshening their career up in both the short and long term. Some of these are more effective than others of course, but that does not make them any less exciting. We saw one such change this week and now we know a little more background.

This week on Monday Night Raw, Aleister Black made his return after about a month away to appear as a guest on the Kevin Owens Show. After looking at a clip of the injury which put him out of action in the first place, Black fell to the ground in pain but then popped up to hit Black Mass on Owens, turning heel for the first time in his WWE career. There was a reason for that and it is actually pretty simple.

According to Wrestling Observer Radio, Black was turned heel for the sake of giving Owens someone to feud against. Owens was originally penciled in to feud with Seth Rollins, but with Rey Mysterio re-signing with WWE, Rollins would feud with him, leaving Owens with nothing to do. No match has been set up between Black vs. Owens, but a match at Payback is possible.

Ain’t that a kick in the head. Check out Black’s turn:

Opinion: That’s certainly a reason and I’ve heard of worse ideas. If nothing else Black has been around for over a year and a half now and hasn’t exactly done much. Black is someone who could be a very natural heel with the Black Mass as the ultimate knockout shot. That is the kind of thing that might be a nice change of pace and if it works out for everyone, well done.

What do you think of the turn? What is next for Black? Let us know in the comments below. 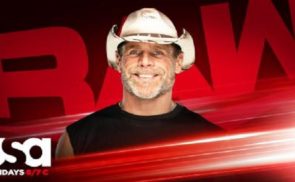