You never saw it coming. Summerslam has come and gone and that means a lot of stuff took place on Sunday night. There were a lot of big moments on the show but one of the biggest took place at the very end with a major return. Roman Reigns made his long awaited return to the company, but it turns out that there was a nice little detail to go along with the return.

Summerslam’s main event saw the Fiend defeat Braun Strowman to win the Universal Title for the second time. After the match was over, Reigns returned and attacked both men with spears and chair shots to Strowman. It was Reigns’ first appearance on WWE television since the March 20 SmackDown as he had sat out over five months due to Coronavirus concerns. Now Reigns is back, but more than just the fans were surprised.

According to Wrestling Observer Radio, the WWE locker room did not know that Reigns would be returning on the show. Reigns appeared from near the timekeeper’s area at the end of the show and was first shown running in to attack the Fiend and Strowman. There is no word on what change caused Reigns to be willing to come back to WWE television after his time away.

It was a big return. Check out how everything went down:

Opinion: I know a lot of people aren’t the biggest Reigns fans and I can understand that given the way he has been pushed in recent years. However, WWE is in desperate need for star power at the moment and this is as good as WWE has to offer at the moment. Reigns is a big deal and just having him on the show makes it feel more important. That’s what WWE needs and hopefully it works out for everyone.

What did you think of Reigns’ return? What should he do next? Let us know in the comments below. 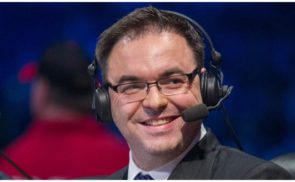