A Match Made In Entertainment. Backstage Details On WWE’s First Project With Netflix.

They’re an entertainment company. WWE has had its hands in a lot of things over the years. They’ve dabbled in a little bit of everything from music to television to books to video games to toys, but one of the biggest things they’ve done has been film. However, they haven’t done it all that well as WWE Studios hasn’t been the strongest thing in the world. WWE is at it again now though and they’re going about things differently.

According to PWInsider Elite by way of 411mania.com, WWE Studios will be working on its first film project with Netflix, entitled The Main Event. The film will focus on a kid who is bullied but gains the power of super strength due to his breakfast cereal, allowing him to become a wrestler. Various WWE stars, including John Cena, the Miz, Sheamus and Bray Wyatt are scheduled to appear in the film. There is no word on when WWE will be announcing the film, or its partnership with Netflix.

WWE has made some films before. Check out a look at one of their better known efforts: 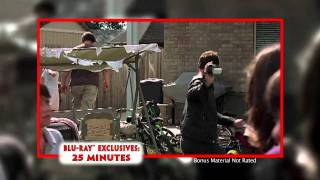 Opinion: I’m not sure about this, but that has been the case with so many WWE Studios films over the years. This isn’t something that works very well most of the time but going with a wrestling story is something they haven’t gone with very often before. Maybe this one will be a success, though the studio’s luck has been mixed to say the least so far. Having wrestlers involved helps a bit, but it isn’t likely to help with mass appeal.

Do you think the film will be a success? Which wrestlers make the best actors? Let us know in the comments below.

Down Goes Another One. NXT Star To Miss Time With Injury.