Tonight is a huge show as we have British Strong Style vs. Imperium, which should be the awesome match that everyone is expecting it to be. It’s not exactly a secret that there should be something big happening at the end but the question is what. Hopefully they can live up to the hype, which almost always tends to be the case. Let’s get to it.

We open with a recap of the six man tag, including a quick history of both teams. Tonight it’s their first showdown.

Jinny and Dawn take turns working on the arm to start with Dawn getting the better of it. Brookside comes in for an aggressive headlock and a dropkick to send Jinny into the corner….for the tag to Gabbert. Xia actually tries a sunset flip but gets powered down, allowing Jinny to come in for the stomps in the corner. A quick crawl across the ring lets Dawn come back in but Gabbert swats away the strikes. The Dominator plants Dawn but Jinny demands the tag so she can get the pin at 4:16.

Video on Ligero, who only had sight in one eye until he was eight years old due to his eye not opening. It caused other kids to pick on him so he decided to wrestle under a mask so he wouldn’t have to worry about how his face looked during his career. The mask is his identity and that’s what people are going to remember.

Kenny Williams says Noam Dar can be annoying but he still likes him. What Dar does doesn’t affect him and it won’t affect him next week against Kassius Ohno.

They lock up rather hard to start with Conners’ forearm to the back annoying Dragunov. The strike to the face sets up a neck crank with Dragunov making some rather strange noises at the same time. Back up and a jumping enziguri drops Conners, but he’s able to duck a running crossbody to send Dragunov into the ropes.

The chinlock goes on but Dragunov powers out and stares Conners down, setting up a knee to the face. A sunset bomb into the corner has Dragunov in some trouble but he counters a slingshot into a Death Valley Driver into the corner. The Torpedo Moscow finishes Conners at 4:49.

Toni Storm has beaten all comers and if Kay Lee Ray wants some Toni Time, come get it. Either way, the shiny shiny stays at home.

Video on Travis Banks, who talks about having such a strong work ethic. His time in NXT UK has been a mixed bag with great experiences but his injury held him back. Jordan Devlin was a thorn in his side but then he defeated him once and for all. Now he’s the #1 contender and it would be pretty cool to beat Walter for the United Kingdom Title.

Dunne goes right at Aichner for some stomping in the corner to start but Aichner comes right back out with a hard clothesline. Bate comes in and it’s time for a double arm crank on Aichner. Barthel comes in and gets dropkicked but Bate takes too much time messing with the mustache, allowing Barthel to take over. That doesn’t last long though as Bate brings him into the corner for the tag from Seven.

Trent gets taken into the wrong corner though and Walter comes in to a lot of booing. Seven’s chop just annoys Walter so Seven does it again to a bit of success. Walter’s one chop puts Seven down though and it’s back to Aichner to keep Seven down in the corner. A swinging Rock Bottom gives Walter two on Seven and it’s back to Barthel to start in on the arm. Seven slugs away but walks into a spinebuster from Aichner to take him right back down.

A jawbreaker and enziguri get Seven out of trouble and it’s Dunne coming back in for an enziguri of his own. Dunne’s middle rope dropkick to the knee takes Walter down but he has to backflip out of the sleeper hold. The German suplex drops Walter again but he’s right back with a suplex of his own. Bate and Aichner come back in with Tyler taking over off a knee out of the corner.

An exploder suplex sends Barthel onto Aichner and it’s time for the airplane spin to various villains. Bop and Bang staggers Walter but Aichner saves him from an airplane spin of his own. A brainbuster gets two on Bate with Dunne making the save. The Backstabber into the top rope double stomp combination is good for the same but it’s back to Seven for some fresh strong style blood.

The Seven Star Lariat into the Bitter End into Spiral Tap gets two on Barthel with Walter making the save this time. Walter gets sent into the steps though and we’ve got a masked man. With the referee getting knocked to the floor, the masked man unmasks as Alexander Wolfe (formerly of Sanity). He knocks Bate out with a powerbomb and Barthel steals the pin at 14:03. 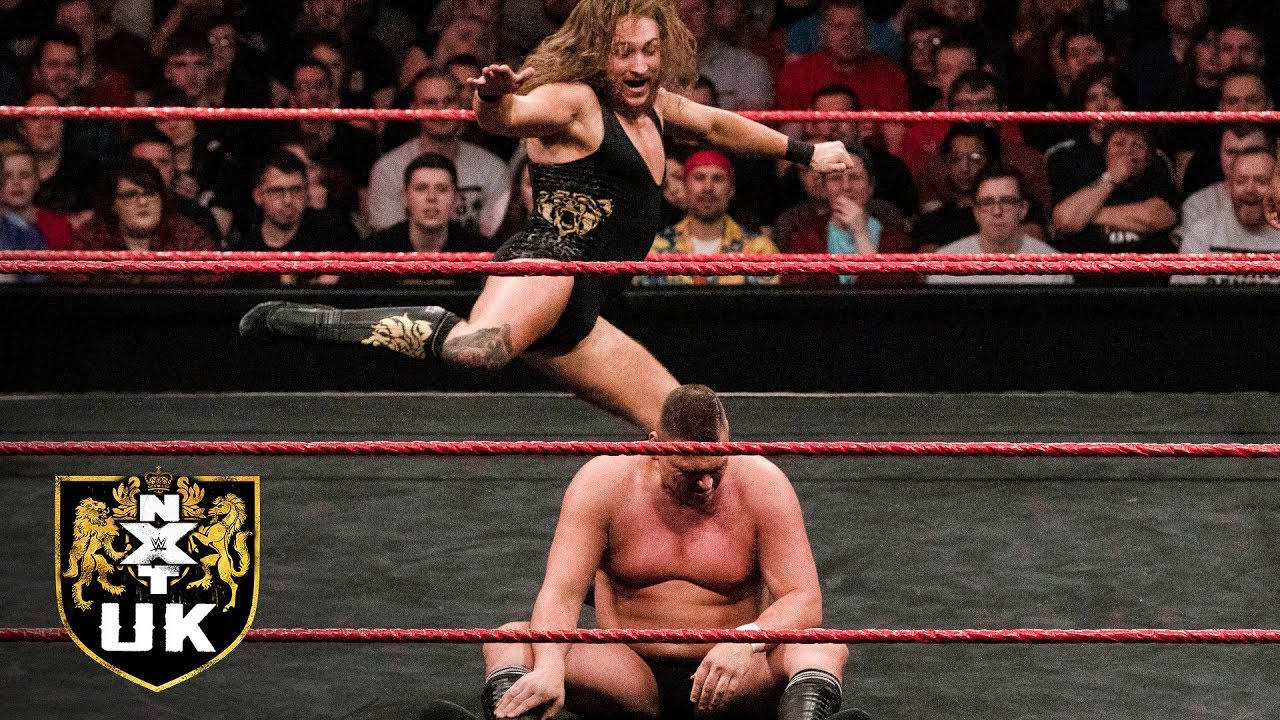 The now four man Imperium poses to end the show. 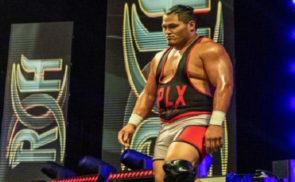