Jon Moxley is heading toward a showdown with Lance Archer for the AEW World Championship. That showdown will take place on the anniversary edition of Dynamite on October 14, when the two men will face off for the company’s platinum prize.

Of course this isn’t the first time that Moxley and Archer have worked together. Their last match happened in a New Japan Pro Wrestling ring at Wrestle Kingdom 14 on January 4. Moxley won the IWGP United States Championship in that match and now Archer is out to even the score by taking Jon’s AEW title. But will he actually do it and if so, will he have help?

Many fans are predicting a Moxley win and with good reason. Jon has held AEW’s top championship since February 29 and he’s shown no signs of slowing down. Moxley has beaten some of the company’s heavy hitters, including Jake Hager, Brodie Lee and MJF.

Mox rises to the occasion every time and he’s been one of the most credible champions in the business today. His promos are on another level, making him an intriguing character and he’s become arguably the major drawing point of AEW.

Moxley appears to be at his strongest right now and there seems to be no reason to take the title off of him. If he goes over, it will surely be satisfying to his fans and once again prove his dominance as the world champion. But maybe that’s why he could indeed lose the title.

January 4th, 2020, Wrestle Kingdom 14, NJPW
That's the last time Archer & Moxley met face to face in the middle of the ring in a Texas Death Match, & next week on Dynamite, it's @LanceHoyt vs. @JonMoxley for the AEW World Champion.

The fact is that Jon’s other title is going to come into play at some point. The IWGP United States Championship still belongs to Moxley and even though it’s been out commission thanks to the pandemic, New Japan as a company has not forgotten about it.

NJPW held a tournament to crown the No.1 Contender for the championship and KENTA was the winner. Since then, he’s carried around a red briefcase containing the championship match contract. He’s issued warnings to Mox on social media and the company has mentioned Moxley’s name on the air more than once.

None of this attention was reciprocated from AEW until October 7. On that night’s episode of Dynamite, Hiroshi Tanahashi appeared via video to congratulate Chris Jericho on his 30 years in the business. This was one of the very few times that a New Japan contracted wrestler appeared on AEW programming.

But the real story is that Moxley and Archer’s recent history in New Japan was covered on TV as well. Both men mentioned it in their promos and since that time, fans have speculated as to what comes next. Will NJPW do business with AEW? The fact is that since the inception of Tony Khan’s company, there has been virtually no connection between the two promotions.

The reason for that had to do with the fact that when AEW’s core stars left Japan, they created a hole in NJPW. Cody, Kenny Omega, The Young Bucks and Hangman Page were all top level stars. They ran The Bullet Club and were prominently featured on the company’s premiere events. 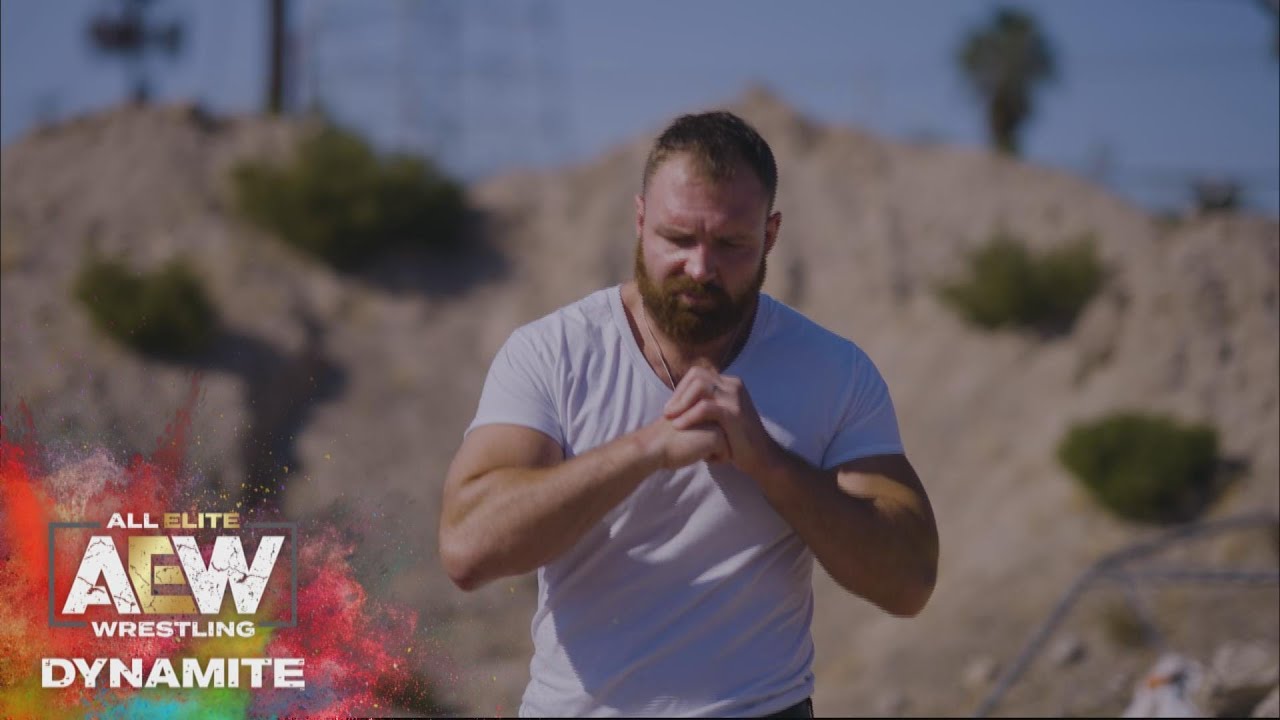 It’s safe to assume that NJPW had no interest in doing business with the newly found company that was formed by their top American stars. AEW became another competitor for New Japan and that’s where the story ended.

But when NJPW recently announced that President Harold Meij will be stepping down from his position, that story seemed to begin again. Is there a possibility that talks have begun behind the scenes between New Japan and AEW?

It’s a dream scenario for diehard fans, who have hoped for just such a partnership over the past year. Those fans believe that an alliance between the two giants is a definite plus for the industry and expands their overall reach not only in America, but around the world. It also opens the door for some great matchups.

One of those matchups is the inevitable title match between Jon Moxley and KENTA. Despite the time that’s has passed, or the travel restrictions affecting both companies, the fact is that this bout still appears to be on the books. So if Lance Archer does defeat Mox for the AEW World Championship on October 14, the door will open for that bout to finally take place.

Check out Archer’s promo on Mox from New Japan! 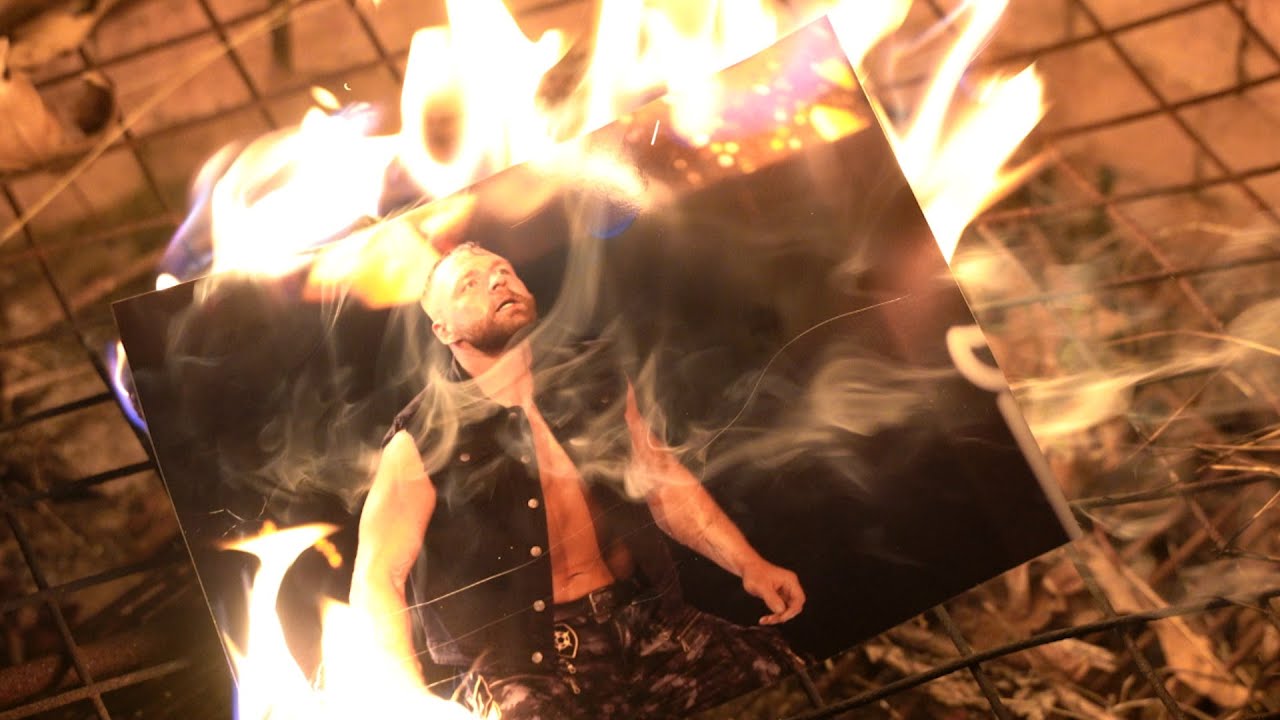 It’s reasonable to assume that if a new partnership is possibly in the works, then it could kick off in a major way and what better way than on live television? AEW’s top titleholder losing the championship to his New Japan rival is a headline that will certainly grab attention. If that loss comes thanks to KENTA, it will gain even more attention.

KENTA is currently in Japan and competing in the G1 Climax 30 Tournament, so a physical appearance on Dynamite is likely not possible. But a video of KENTA could pop up at a key moment in the Moxley/Archer match and could cost Jon the title as a result.

Lance Archer would be the new AEW World champion and Jon Moxley would immediately become a man on a mission. The showdown between him and KENTA would be on the front burner and would take place eventually.

In the meantime, the association between AEW and New Japan would begin and would undoubtedly take both companies in exciting new directions. Whether or not this scenario will take place remains to be seen. The COVID travel restrictions currently in place would make such a partnership an increasingly difficult proposition, at least right now.

But if the timing is right and if both sides can come together, then the end result could be great for the business. The talent would surely be ready for it and most importantly, so would the fans. 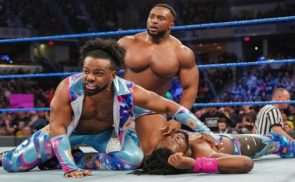 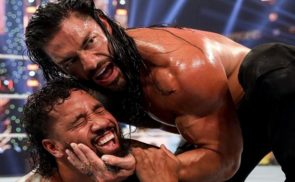 Stipulation Added To Roman Reigns vs. Jey Uso Hell In A Cell Match