I’m not sure how old a lot of my readers are but if you’re close to my age of thirty two years old, you have probably spent a lot of time watching Chris Jericho over the years. It is very rare, if not unheard of, to have someone be a big deal for as long as he has managed to make it work over the years. Jericho has been a main eventer for almost twenty years now and that is the kind of thing you don’t see from anyone, especially someone who can make it work like Jericho.

This week on AEW Dynamite, Jericho is celebrating (or it may be celebrated depending on how fast I can type today) thirty years in the wrestling industry. The more I think about that, the more it makes my head spin. Sticking around that long is one of the more impressive things you will ever see in the modern era, but his accomplishments are all the more impressive when you think about them. Today we’re going to look at one major aspect of what Jericho did which kept him on top for so long.

I’m not going to go over his career step by step or over anything outside of his in-ring career (for the most part) because he has his own library to explain most of that in quite the level of detail. Instead I’m going to go through his career and look at one major aspect of what made Jericho work so well.

The first thing that pops to mind about Jericho is how many different characters he has played over the years. Jericho started in WCW as a plucky young face who really didn’t have anything to set him apart. Then he turned heel and started being the loudmouth that we know and love and/or tolerate. He did a pretty cool thing where he would collect trophies from everyone he would defeat, which is something I really wish someone would bring back. It’s not like people don’t have props or even gear that they bring to the ring so have someone steal those things.

Then it was heel Y2J. Then it was the mega face Y2J because no one was really able to keep booing someone that good. Then it was the big heel turn with Stephanie McMahon as Jericho was suddenly a main eventer and a World Champion. Then it was back to the midcard. Then it was the Codebreaker (which wasn’t really a new character but he had a haircut). That alone is quite the resume and he was a Hall of Famer under any realistic standards. There was something else coming though and that’s where the greatness really came on strong.

In 2008, Jericho started his next big heel run with a character based on a combination of the villain from No Country For Old Men and Nick Bockwinkel. Jericho became a much more somber villain who used big words and became quite successful as a result. This included a heck of a feud Shawn Michaels, capped off by a classic ladder match at No Mercy 2008.

We’ll skip over a bunch of stuff that wasn’t very interesting, plus his feuds with Edge and CM Punk, plus his long hiatus to get to the end of his WWE run. Jericho wrapped up his time in WWE with the List of Jericho, and that’s when things got all wacky again. This was one of this most entertaining things that Jericho had done in years, as he decided that EVERYTHING annoyed him and he kept a running list. The fact that I made the list one night (along with the rest of the crowd at Monday Night Raw) is a badge of honor for me, as it became one of the best things I had seen in years, despite how ridiculous it really was.

The List Of Jericho is where we’re going to cut the timeline off because it’s the perfect way to illustrate the biggest thing that has made Jericho work over the years: his abilities to adapt and make anything work. Look back at the highlights we’ve gone through here and notice how different things really are. Jericho can jump from character to character and gimmick to gimmick and make them work, no matter how completely ridiculous they really are.

Then he did this:

There is a versatility with Jericho that you just don’t get so often. He has had so many different characters over the years and he has made almost all of them work. That isn’t the kind of thing that the vast majority of wrestlers can pull off because it is really hard to do. You can see wrestlers making slight tweaks to their characters over the years but the small changes that are made don’t really change things up that much.

Take Randy Orton for example. How much of a different person is face Orton vs. heel Orton? There are obvious tweaks and changes, but the overall character is mostly the same. Now don’t get me wrong: it works out very well for Orton, but you are going to run out of stories you can tell with him if you are looking for a lot of variety. Orton is a legend, but he isn’t going to be able to do all kinds of different things, which can create a few difficulties.

Compare this to Jericho. How many different ways can you present him? Off the top of my head, you have Rock Star Jericho, whatever you call the 2008 Jericho, the List of Jericho, the legendary Jericho and some combination of any of them in between. That gives you the kind of options that you very rarely get in wrestling and it offers so many different presentations for Jericho.

Now of course none of this matters if Jericho can’t go in the ring and….well yeah, he certainly can. Jericho has had some outstanding matches against a lot of people over the years while winning a whole bunch of titles. The character work sets the whole thing up but when you throw in Jericho’s wrestling and talking (quite so in the latter) abilities, is it any wonder that he has had such a career?

I’m not going to bother going into all of Jericho’s classics because we would be here all night, but I’ll sum it up with this: how many bad Jericho matches do you remember? I don’t mean a match which wasn’t quite as good as others, but rather how many truly bad matches that you can think of. Jericho is someone who can work with anyone because he can adapt to almost any style. He has wrestled in Japan, Canada, Mexico, Germany and America, which gives him one of the most varied styles you are ever going to find. A lot of people have been around for a long time, but who has been that far?

There is a reason that Jericho shines as brightly as he does. As you know from everything that he can do outside the ring, Jericho is one of the best ever at switching things up and making things interesting no matter what he is doing. Jericho can run in, do something, recreate things all over again, and then go away before he gets stale. Jericho has figured out how to make things feel different whenever he is in the ring and it has kept his career going that much longer as a result.

That is one of the most valuable things you can have in wrestling (or in anything for that matter) and Jericho does it as well as anyone else. You just don’t find someone who can do that so well and it has made Jericho even more of a star than he already would be otherwise. It should be no surprise that Jericho has been around for thirty years, and would it surprise you if he had most of thirty more left? It shouldn’t, because it’s Jericho. 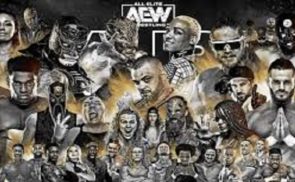