Impact Wrestling star Rosemary spoke with Sportskeeda on changes in Impact management, Laurel Van Ness leaving the company and writing her own promos.

Rosemary first spoke about the changes in management for the wrestling program.

“To anyone who’s concerned about it, these past tapings that we just did in January, were possibly the most positive feeling in the sense that it felt very fresh and it felt like we had a direction, which I can honestly say was the first time in a year. This new direction under Scott D’Amore and Don Callis … I know that Impact and TNA have constantly, through the years, asked fans to give them a chance. As a personal feeling, I honestly believe that if you were going to give Impact another chance, now’s the time. I felt the difference backstage in one taping block. And I think there’s really something there, going forward. And I’m excited about it. So, I hope other people can feel excited about it as well.”

Given that the two wrestlers have shared an extensive period of their careers together, Rosemary gave her opinion on Ness leaving the company.

“Laurel’s an amazing character and an incredible friend of mine. I know that she simply wants to go and expand and grow. She’s still very, very young in the business, she has so much more to offer and she’s already this good at doing a character, which is amazing. And I love her so much. She’s so talented. Wrestling is fluid. It never stops moving and it’s circular. There’s never an end. There’s no reason that down the road Laurel might not return to the Impact Zone. It’s that right now her part of the story is over and she might show up at a chapter down the road. It’s wrestling. Never say never. It’s definitely a loss not to have her as such a strong character in the division. But there are strong characters waiting to debut and waiting to come up as well. And we will fill the void as we always have with every departure. Same as we did with Maria’s departure. And we’ll keep doing so.”

You can find Rosemary in action below.

Finally, Rosemary discussed how many of her promos she scripts herself against those that are scripted for her.
“I really love the amount of trust Creative has in me, to bring this character to life since they don’t really tell me what to say. They tell me what point needs to come across in the promo. They tell me to say it like I would. They don’t give me any lines. And that kind of trust is huge in that they know that I know my character best and how it will come across organically. If you try to force the way Rosemary talks, it’s going to come across as very fake. … I would say 95% [of the lines are from me]. I definitely ask for advice and ask for help, if there’s something maybe I can’t figure out how to say. I never feel like I can’t approach somebody in Creative for a suggestion. That’s the openness of communication. You can ask for advice but they trust you to do it the way you would.”
What are your thoughts on the character? Are you glad or sad that Ness left to pursue other avenues in her career? 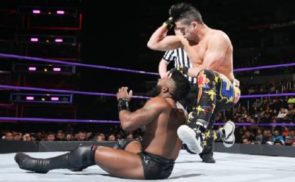 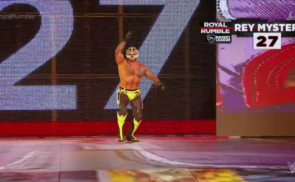