The Latest on GFW and the Hardyz Legal Battle

Per a report by PWInsider, it appears GFW have been refused all four trademarks related to The Hardy Boyz and the ‘broken’ gimmick.

It appears that TNA Entertainment (now Global Force Wrestling) have been given an initial refusal by the United States Patent and Trademark Office following an attempt at registration for the four reported trademarks related to the ‘broken’ gimmick.

To begin with, the ‘Broken Matt’ trademark was reportedly refused for a variety of reasons. The primary, as PWInsider explain, was likely due to Matt Hardy already having filed for a ‘Broken Matt Hardy’ trademark before TNA Entertainment did. Moving forward they would need to provide valid arguments to show that there is no potential conflict between the two parties. Matt’s application takes precedence as he was the first to file. GFW would also need to indicate whether ‘Broken Matt’ identifies as a living person and if it does, they would then need Matt’s consent.

The ‘Brother Nero’ trademark was refused as GFW needed to indicate whether it identifies a living person. They would need Jeff Hardy’s consent if it did. Nero is Jeff’s legitimate middle name.

Next, the ‘Broken Brilliance’ trademark was refused as they must specify whether it has any significance in professional wrestling or whether it is a ‘term of art’ in the wrestling industry.

Finally, the ‘Vanguard1’ trademark was refused. This however is more likely to a trademark unrelated to the wrestling industry.

As noted by PWInsider, the USPTO ruled that all four filings needed additional clarification as GFW placed them under such broad sections in the initial filing.

We recently noted that Reby and Matt have had more to say about the GFW battle following an interview GFW did with Sports Illustrated where they reportedly ‘blatantly lied’ about the case and facts.

Wrestling Rumors will continue to update you on this case as it develops.

It surprised me to learn this. I wonder how GFW will bounce back from that. I think in the context of Jeff and Matt using the gimmick in WWE, they won’t need to use ‘Broken Brilliance’ which I believe GFW can still re-submit for. Since ‘Vanguard1’ is trademarked, I would guess WWE can use it but will do so sparingly. ‘Broken Matt’ and ‘Brother Nero’ could technically be used by Matt and Jeff respectively.

What are your thoughts on the refusal of these trademarks? What do you want to happen in this case? Let us know in the comments below or over on our Facebook page or Twitter account. Additionally, you can find me on Twitter at @SOSNH1995. We also want to remind you that we have a Newsletter you can sign up to. This will allow us to send you the best news in one place via an email. We also have the Wrestling Rumors app that we encourage you all to download to get updates faster than they release on our various pages. It is available on Android and iOS devices. 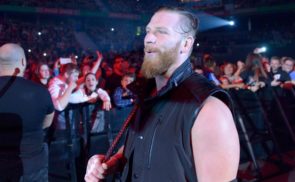 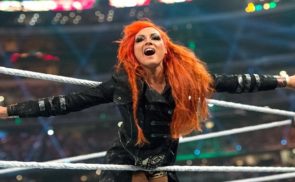