Bram has been in the wrestling industry for years. He has been all over the place. He has competed with WWE, Impact Wrestling and promotions like NOAH in Japan. While it seems not everything has always gone his way, he has still made a name for himself.

Bram recently appeared on the Art of Wrestling Podcast where he spoke about being in The Ascension, being suspended from Japanese promotion NOAH due to an image posted on social media, working for Dixie Carter and the success of his ex-wife Charlotte.

Bram first spoke about working for Dixie Carter, Billy Corgan and Jeff Jarrett while being in Impact Wrestling. Bram explains that Corgan is a close friend of his and is very talented. He explains he never had a problem with Dixie Carter. Finally, he respects Jarrett and is glad to have him back with Impact.

“I love Billy Corgan! He´s a close friend of mine and someone I hold in high regard. His mind for the business, and business in general, is impeccable. Having him on board for the time he was with us, for me, was fantastic. I´m pretty sure all the boys would agree with that too. I always liked Dixie a lot and she was good to me. I had no issues with her whatsoever. What goes on in the office or behind closed doors is not my business, nor do I put much thought into it, my job is to entertain. Anthem seem keen to get stuck into Impact and turn it around for the better, so I´m all for it. Having Jeff Jarrett back is great, it’s his baby at the end of the day and he gets and understands the business from every angle.”

Recently, Bram was suspended from a NOAH show he and Robbie E were to compete at due to a photo posted on social media of him laying on an ice-cream fridge. He spoke about this with Colt Cobana, the host of the podcast.

“Robbie E and I were asked to come over to Japan to take part in the Global Tag League. Robbie and I were killing it as a team over there and had great matches. I love Japan and their style and I was excited to have the opportunity to go over there and wrestle for NOAH. Their office is great and the boys were great to us. I loved it! However, one evening, as a joke, I laid on an ice cream fridge and took a picture, which I put on my Instagram account. I was trying to be funny and meant no harm, I had no idea it would upset people, no idea! I publicly apologized for the incident to the media, but it was too late, NOAH suspended me due to the picture. I hope one day I can return to NOAH and finish what I started. I like it there. The relationship between NOAH and Impact is completely fine and there´s no hard feelings. I just had no idea it would be such a bad thing and honestly meant it only to be funny. I´m hoping once the dust settles I can go back, because I know they liked me.”

Back in FCW and the early days of NXT, Bram was signed with WWE and was part of The Ascension, which also included Ricardo Rodriguez, who many may remember as Alberto Del Rio’s (now Alberto El Patron in Impact Wrestling) exclusive ring announcer. He speaks on his time as part of what was once a stable.

“The Ascension was cool and I am glad I was a part of the early stages. I am still close with both guys, Konnor and Viktor. I wish them nothing but the best and success. What we did and what is on TV now is a completely different product to what we were doing when I was part of it, so I can´t really comment. However, they are on TV and making money so to me that is still a successful endeavor.”

Finally, he spoke on his ex-wife Charlotte’s progress in wrestling. He had nothing but nice things to say about her, explaining that she is the best women’s wrestler in the world, even better than many of the men.

“I can’t say I watch a lot of women’s wrestling, but I will watch if Ashley [Charlotte Flair] is on. Without sounding bias, Charlotte Flair, is my ultimate favorite. She’s the best in the world when it comes to women’s wrestling. Hell, she’s stepping on the dudes’ toes too! She has so much natural charisma, it’s effortless to her. It’s like she’s been doing it forever and she’s only been doing it for a handful of years. I love watching her work.” 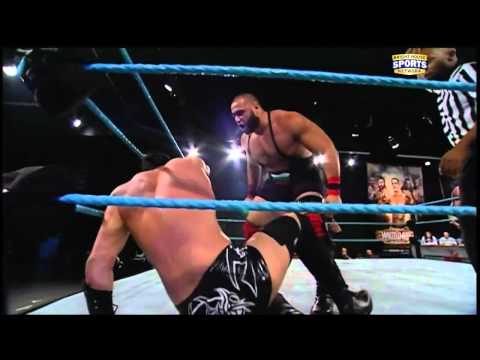 Bram is a veteran in my eyes. I love what he had to say about Charlotte, despite their past. I would love to see him come back to WWE, as it has been reported in the past. Though he seems happy with Impact Wrestling.

What do you think about Bram? Did you know about the NOAH incident? Let us know in the comments below or over on our Facebook page or Twitter account. Additionally, you can find me on Twitter at @SOSNH1995. 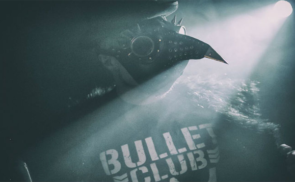 Marty Scurll on His Character, CM Punk and Brock Lesnar