While the Charlotte versus Sasha Banks feud went a few months longer than it needed to, it provided some excellent matches that elevated the state of the main roster women’s division. One match, however, has to be considered a disappointment.

Their Hell in a Cell contest–historic both as a match inside the structure and a pay-per-view main event–was easily the weakest of their title contests, outshone by other matches both before and after.

A recent Triple H interview with the Gorilla Position Podcast (transcribed by WrestlingInc) saw the Game discussing what he said to the pair when they returned backstage. He’s honest about the match’s problems, but was positive about its impact on the company as a whole.

So what did he say to Sasha and Charlotte? “Just that I was proud of them. They’re very hard on themselves, which is why they’re so great. So there were a few things in there that I knew watching that they weren’t happy with, but, when you’re that good, usually, you’re your worst critic and you’re the hardest on yourself. It’s why you’re so good, so when you can have this epic match, you see the one thing you wish you would have done better and that’s really what I was trying to tell them coming back, that they had just made history, that they had just changed the business again, and that they needed to be proud of themselves and put your critique of yourself aside until tomorrow. Today, revel in the moment and enjoy what you have accomplished.”

In the same interview, Triple H also discussed whether or not Vince McMahon follows NXT, answering a question we’ve had for a very long time.

It’s a shame that Hell in a Cell wasn’t up to the standards Sasha and Charlotte had set for themselves, but the historic nature of the match was only partly WWE hyperbole. Here’s hoping for another chance inside WWE’s “most demonic structure.”

What did you think of the Hell in a Cell match? Let us know in the comments below, or on Facebook! 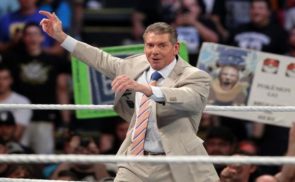 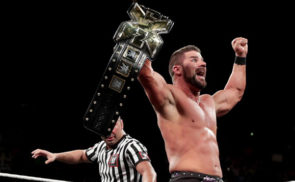