No Mercy Preview – Two Upstarts Vie for the Women’s Championship

SmackDown Live’s second exclusive pay-per-view, No Mercy, is set to go down this Sunday, and the blue brand is looking to finally smash its reputation as WWE’s “B” show. The weekly program has done a terrific job of building this weekend’s storylines, and every title is up for grabs, including the most prestigious prize in pro wrestling. For some the stakes are even higher championship gold, but will the matches be able to deliver?

Tune in to find out October 9th at 8PM Eastern on the WWE Network.

Alexa Bliss vs. Becky Lynch for the SmackDown Women’s Championship

The Story: Becky Lynch debuted on the main roster as part of the Women’s Revolution, and quickly cemented her position as a fan favorite despite never quite managing to capture the title. Her position in WrestleMania’s triple threat for the Women’s Championship might have been a losing one, but the heart she put on display forever endeared her to the fans.

That’s why her victory at Backlash to become the first SmackDown Women’s Champion was such a sweet one. But champions always have new contenders to deal with, and the first challenge for Becky is the spiteful sprite Alexa Bliss. Bliss has the mean streak that Becky lacks, and has gotten the better of the champion several times over, including numerous beatdowns and a pinfall in a recent tag team match.

The Prediction: Becky has the potential to be the top face on SmackDown, and her appeal to both hardcore fans and the casual audience means that she could be one of the top stars across all of WWE’s female wrestlers. That’s why it’s tough to imagine her losing her very first title defense. The Lass Kicker probably has this locked up, but you can’t discount the possibility of some classic dirty tactics from Alexa, and a title change on a screwy finish. 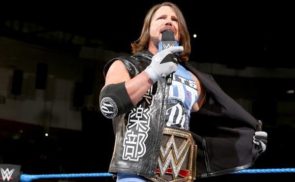 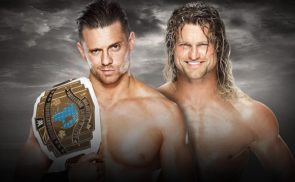 No Mercy Preview – Ziggler Puts His Career on the Line