I remember them! WWE hasn’t been in its usual groove since the spread of the Coronavirus. There is only so much that can be done in the current situation but they are doing what they can with what they have. That might not work out so well for everyone involved, but at least they are trying. Those efforts might be receiving an international boost sooner rather than later.

WWE has a lot of different television shows and lineups every week and several of them are not as prominent as their two main shows. One of the shows that flies under the radar is NXT UK, which only started back in 2018. Things were starting to get rolling but then everything fell apart, leaving their future up in the air. Now though, we have a better idea of where things are going.

According to Gary Cassidy of Sportskeeda, NXT UK talents have been going through online acting seminars and match analysis sessions, the latter of which are known as Skull Sessions and involve William Regal, Robbie Brookside and Johnny Moss. There are plans to return to tapings when they can be held safely, but there is no sure date of when that could be the case.

And while running shows isn't possible right now, there's apparently a plan in place to resume programming as soon as it's deemed safe to do so – even if there can't be a crowd – and apparently a lot of the talents are chomping at the bit to get back in the ring.

You might not remember these people. Check out some of NXT UK’s recent work:

Opinion: This is some good news but again, it is not clear when the shows will be able to take place again. The United Kingdom is a different place and you can’t expect them to open things back up at the same time as America. There is nothing wrong wit waiting to make sure that things are in a better place and it isn’t something you can afford to get wrong. Hopefully this works, but it is worth waiting to get right.

What do you want to see from NXT UK? Who would be better suited elsewhere? Let us know in the comments below.

Update On Roman Reigns’ WWE Status, Not Needing To Come Back? 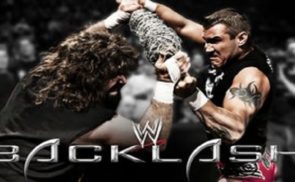