It’s no secret that WWE has considered Roman Reigns their top superstar for several years. He has headlined several Wrestlemanias, won multiple championships, and has been involved with every significant storyline in the company’s recent history. That has been amplified during the COVID-19 pandemic; in the Thunderdome era, he became allied with Paul Heyman and had a fantastic feud with his cousins, The Usos. As a result, the Bloodline has become the most dominant faction in professional wrestling.

Reigns is the longest reigning Universal Champion of all time, the Big Dog, the Tribal Chief, the Head of the Table, The One, and in my opinion, has established himself amongst the greatest of all time. I lump him in with Stone Cold Steve Austin, The Rock, Triple H, The Undertaker, John Cena, Randy Orton, and others of that caliber. He is that good.

However, as we know, all things and professional wrestling must come to an end, and at some point, he will lose the universal championship. But who should be the one to take the title off of him?

In my opinion, there is only one option to dethrone the Head of the Table: The American Nightmare, Cody Rhodes. 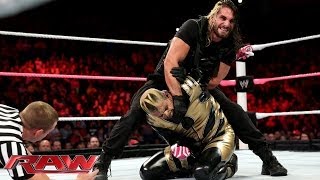 If you think about it, there is no hotter superstar in all of wrestling right now than Cody Rhodes. His return at Wrestlemania 38 was one of the most memorable events I’ve seen in a long time, and since then, his popularity and connection with the crowd has done nothing but go up. Older fans who know his story are glad to see him back, while new fans who may not know who he is still resonate with him because of the energy that he gives to the crowd.

If Rhodes were the one to defeat Reigns, that would be a moment that would rival Daniel Bryan or Kofi Kingston winning their respective titles at Wrestlemania. The pop that would come from the crowd would be unique, and the emotion on the face of The American Nightmare would be one that would get all wrestling fans emotional.

Plus, if anyone were to take the title off of Reigns, they would’ve done it already.

The only other person that I could make an argument for would be Randy Orton. The Viper is just celebrating 20 years of being in WWE, and having him capture one final title from someone who will go down as one of the greatest of all time would be an excellent way to cap off a legendary Hall of Fame worthy career.

That being said, I don’t think it could be anybody else but Rhodes. The family history and legacy, combined with how incredible his return has been, is a story that writes itself. You could also integrate the family history of both Reigns and Rhodes into the feud. I don’t think they can wait until Wrestlemania to make the title change, but it has to be done at a significant event like Summerslam or the Royal Rumble.

At the end of the day, I can’t help but think that the best move for WWE is to make things an absolute nightmare for the tribal chief. It would be a moment that we would all remember for the rest of our lives. 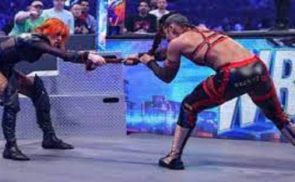 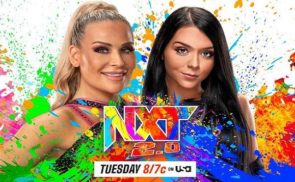