That sounds like an upgrade. There are certain WWE matches throughout the year that can shape the rest of the calendar. Some of these matches will spend months getting ready, but the payoff winds up being worth it in the end. One signature WWE match can become a big deal at any time, but now WWE might be making a change and giving it a set spot at the biggest show of the year.

This weekend’s WWE WrestleMania Backlash featured a promo for July’s Money in the Bank event, as narrated by Cody Rhodes. During the video, Rhodes mentioned that the winner of the Money in the Bank ladder matches would win the chance to main event WrestleMania. While not confirmed, this could mean that the winner of the match receives the WrestleMania World Title shot as opposed to being allowed to cash in at any time. WWE has NOT confirmed a change to the match though and this may just be poor wording in the video.

See for yourself. Check out what Rhodes said about the matches:

Opinion: I’m not sure if WWE is making a change like this or not, but I would hope that is not the case. The idea of announcing the WrestleMania main event challenging nine months in advance feels like it would be quite the stretch and hopefully that isn’t where they are going. Unless WWE has something very special and different in mind, this seems like not the best idea, though maybe it is nothing to worry about.

What do you think of the idea? Who do you have winning the Money in the Bank matches? Let us know in the comments below. 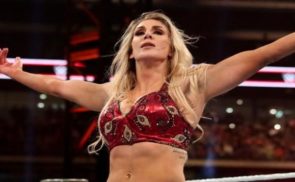