I would call that a good reason. There are a lot of people moving in and out of any given WWE show. Some of them are around for the long haul but occasionally need some time off for one reason or another. That can make for some dramatic exits, which was the case for a bigger name over the weekend. Now we might know the reason for someone taking a bit of a break from WWE.

Over the weekend, Charlotte lost the SmackDown Women’s Title to Ronda Rousey in an I Quit match at WrestleMania Backlash. Following the loss, a WWE report announced that Charlotte had suffered a broken arm and would be out of action indefinitely as part of the storyline injury. According to Wrestling Observer Radio, Charlotte is taking time off because she is getting married to AEW’s Andrade El Idolo. There is no word on how long Charlotte will be gone, but the timetable for recovery from such an injury is about six to eight weeks.

Opinion: It is great to hear that there is a reason for Charlotte to be gone other than an actual injury. This could let her come back to WWE TV a bit more refreshed and that is always a good thing to see. Charlotte is still one of the top stars in all of WWE but it would be nice to have her take a bit of a breather. As luck would have it, she gets to leave and do something more important than wrestling.

What do you think of Charlotte? What should she do when she gets back? Let us know in the comments below. 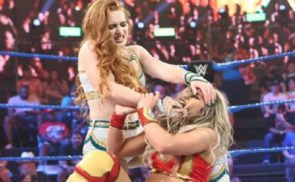 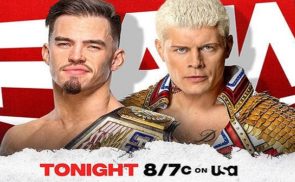