One of the focuses of AEW’s recent programming has been the TNT Championship Open Challenge. Current champion, Cody, has been defending his title on a regular basis, giving opportunities to talent which might not be as well known.

But who answered the challenge this week?

At the beginning of tonight’s episode of Dynamite, independent wrestler Eddie Kingston made his debut with the company and challenged Cody to a No Disqualification match.

Check out Kingston’s debut on the microphone:

The match would get intense quickly, as chairs, tables, and thumbtacks were all used during the contest. In the end, ‘The American Nightmare’ caused Kingston to tap out to the Figure-4 to retain his championship.

Kingston is most well known for his time in EVOLVE wrestling as well as the National Wrestling Alliance. He also performed in Impact Wrestling under the names “Kingston” and “King”.

I have to admit that I don’t know much about this guy, but everything that I’ve read about him leads me to believe that he would be a great fit for the AEW roster. I hope that he gets another opportunity to wrestle with the company very soon! 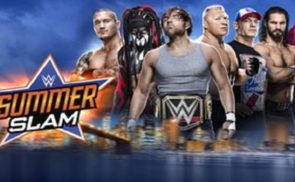