It has been rumored for quite a while that Finn Bálor will be heading up to either “Raw” or “Smackdown” at WWE’s live draft next Tuesday. However, that indication may have been given away last night at an NXT Live Event in Louisville, Kentucky.

After the match ended, Bálor would get on the mic and ask the crowd if “someone left a door open because he feels a draft.” He then went on to say that he had no idea what was going to happen with the upcoming draft next week.

Bálor continued by saying that “we will see everybody that performed here tonight at Wrestlemania at some point in the future.” He then went around the ring and named himself, Nakamura, Bayley, Gable and Jordan and said that “they are NXT.”

I still don’t believe that anyone from NXT should be called up to the main roster at the draft on Tuesday, but it would be an amazing moment if it did happen. You can always could on Bálor to create a buzz, and this promo was no different. Either way, I feel that NXT is going to be shaken up in the next few weeks, and it will be exciting to see how it all unfolds! 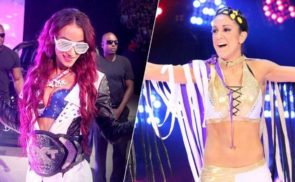 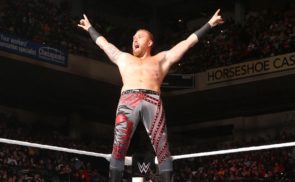