So, last night’s WWE live event in Bangor, Maine got a little intense. Heath Slater of The Social Outcasts was busted open during a match with Titus O’Neil during the show.

The only problem is that the referee had to stop the match because Slater had a severe cut over his right eye, which made its way all the way down to the bone.

Obviously, Heath Slater is going to miss some time, but it’s a busy week for the entire company, so it may not be the worst thing in the world. You can see the graphic image of his injury right here. Below is what WWE.com had to say about the injury:

“Heath Slater was injured Saturday night when a gash developed over his right eye during a match wtih Titus O’Neil at a WWE Live Event in Bangor, Maine. The match was stopped and O’Neil was declared the winner.

“Heath has a six centimeter laceration above his right eye. It was quite open, right down to the bone. He got 18 sutures and hopefully that will close it up.”

Do you think The Social Outcasts deserve a bigger push? 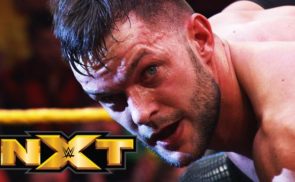 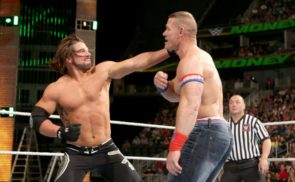 Rumor: AJ Styles Could Be Receiving Big Push on SmackDown After Defeating John Cena at “Summerslam”