To the surprise of no one, this rumor has finally come to light that Roman Reigns will finally be turning heel once he returns from his suspension.

At “Battleground,” he’ll be a part of the triple threat match between the current WWE Champion Dean Ambrose and Seth Rollins. The expectation is that he’ll be booed out of the building like never before.

There is going to be overwhelming negativity on Reigns when he returns. However, the rumor going into the news day today was that Vince McMahon was planning a “redemption” storyline for Roman’s return.

The plan for that is for Reigns to be apologetic and slowly earn his way back into the good graces of the WWE Universe. That’s an uphill battle, so there is another rumor claiming WWE may just accept his position and turn him heel.

According to a report from RingTalkk.com, a heel turn is very possible at “Battleground,” but it will most likely involved him not winning the WWE Championship because he’s still in the doghouse after the suspension.

Do you think it is a better idea for WWE to just embrace Roman Reigns’ position and turn him heel? 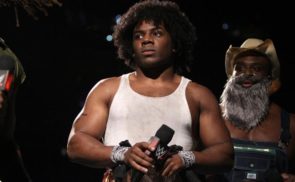 Opinion: What is Happening to Xavier Woods? 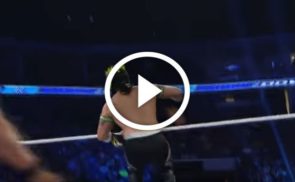