Rumor: Apollo Crews Has Some Backstage Heat With WWE Officials Due to Sloppy Ring Work

By outward appearances, you’d think that Apollo Crews was doing pretty well on the main roster for far. He’s had a few victories over former WWE Champion Sheamus and has been getting some decent television time.

It was reported a few months ago that Vince McMahon was high on Crews’ in-ring work and raw talent, but they were low on his personality and mic skills. More recently, they’ve had an issue with his ring work too.

According to a report from DailyWrestlingNews.com, there is some backstage heat with WWE officials after some blown spots and sloppiness with his in-ring work.

The WWE style isn’t easy to work, but Crews had a match with Chris Jericho over a month ago, which didn’t go over well backstage with many who were watching.

Since then, it seems he’s picked up some bad heat and has been watched closely ever since to make sure he is improving, which is probably why they booked him in a feud with Sheamus.

There are many people who would argue that Apollo Crews spent too little time in NXT before coming to the main roster and this “heat” he’s getting is a result of his inexperience. On paper, everything should be fine.

Do you think Apollo Crews will be a midcard champion by the end of the year? 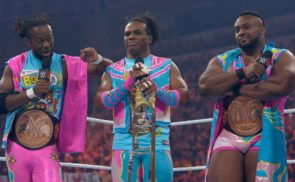 Opinion: Is There Still a Stigma Against African Americans in WWE? 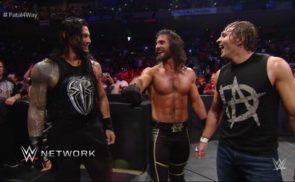 Rumor: The Club vs. The Shield Feud Postponed