Adam Rose About Suspension: “I Didn’t Do Anything Knowingly Wrong”

Earlier this week, WWE released the following statement after suspending both Adam Rose and Konnor for violating the WWE Wellness Policy for the second time.

“STAMFORD, Conn. – In accordance with its Talent Wellness Program, WWE has suspended Raymond Leppan (Adam Rose) and Ryan Parmeter (Konnor) each for 60 days effective immediately for a second violation of the company’s policy.”

The Ascension’s Konnor has yet to make any noise about his suspension, but Rose made a full statement today on Twitter about the reason for his suspension, and he’s ultimately claiming that he didn’t do anything wrong, only what his doctors told him to do.

You can read his full statement below:

“I was not going to respond to my suspension but I feel I have to. I have two sons that will one day read that news about there daddy and a sister that died from complications related to a life long battle with heroin.

So I feel the absolute need and right to respond and let the truth be known.”

“I am pretty sure this response will meet nowhere near the publicity that my suspension did and that this response is tantamount to career suicide.
But I feel for my sons my sister and rest of my family… you the WWE universe have the right to the know the truth over my suspension and what it was for.

I will also quote my Dr in my response as he was as shocked and appalled by this suspension.

I can say right now I did not do anything knowingly wrong and was taking prescribed medication that my Dr and I followed all the correct protocol on.

My actual response and Doctors response will be coming soon. So before you judge, know the facts.

My family and I are still collecting ourselves from this blow. I have zero anger or animosity against the WWE. But feel the administrators over the WWE Welnness policy were just simply not right in taking this action.

But I feel facts are the facts and my family and I will will be the ones putting our lives back together after this mess.

My response will be up soon along with my Doctors.”

Do you think Adam Rose was right to issue such a response? 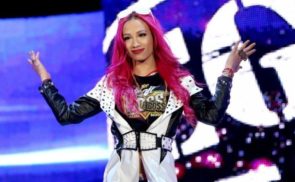 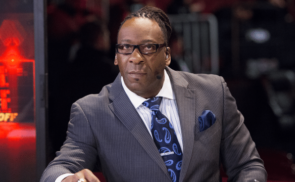 Is Booker T Interested in Getting Back Into a WWE Ring?