In a shocking development in the world of UFC, current Featherweight Champion Conor McGregor has announced his retirement from the sport.

I have decided to retire young.
Thanks for the cheese.
Catch ya’s later.

According to a report from ESPN.com, McGregor was pulled from the UFC 200 card, due to his unwillingness to fly to Las Vegas and participate in the media obligations leading up to the fight. He was scheduled to face Nate Diaz in a rematch from their bout at UFC 196, in which McGregor lost to Diaz via a rear-naked choke submission hold at 4:12 in the second round. This was McGregor’s first official loss in UFC.

He announced on Twitter was retiring hours before being pulled from the card.

A decorated fighter, McCregor has received several accolades over the past few years. He was named the 2015 Fighter of the Year by several leading publications, such as Bleacher Report, ESPN, Fox Sports, and the Wrestling Observer Newsletter. He was also received the MMA award for “Outstanding Fighter of the Year” in 2015 as well.

You can find ESPN’s full report at this link.

Speculation has been running wild that McGregor is signing a deal with WWE, because of the fact that he recently followed Triple H, Stephanie McMahon, and Shane McMahon on Twitter. However, this occurred during the week of WrestleMania, and does not seem to be tied into his retirement in any way. Still, there is no doubt that the rumor mill will continue to swirl on this. We will follow this story as closely as possible. 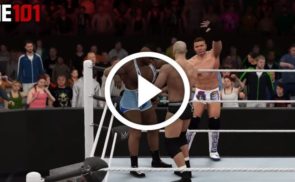