WWE Title Match Gets Shaken Up With New Challenger

Make another seat. There are all kinds of titles around the wrestling world but very few mean as many as the WWE Title. It is the signature title of the biggest wrestling company in the world and that is going to get some special attention no matter what. Winning the title means quite a bit, and now another wrestler is going to be getting his chance at winning the title.

This week on Monday Night Raw, Bobby Lashley was officially added to the WWE Title match at Day One. The match had previously included WWE Champion Big E., Seth Rollins and Kevin Owens. Lashley wanted to be added to the match, so WWE executives Adam Pearce and Sonya Deville agreed, but only if Lashley could defeat all three. Later in the night, Lashley defeated Owens by submission and Rollins and Big E. by pinfall, earning his spot in the match. Day One takes place on January 1.

It was a busy night for Lashley. Check out what he had to do to make it to Day One: 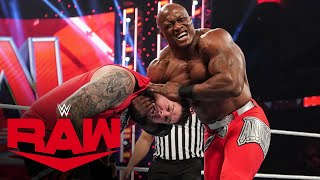 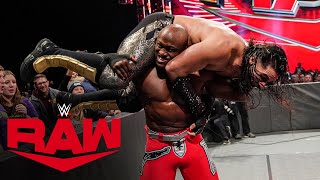 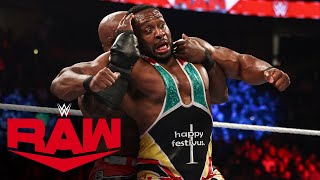 Opinion: I don’t think it was the biggest surprise that Lashley was added to the match, as it was made a bit obvious after he attacked the other three last week. I’m not sure how the title match is going to go, but Lashley has become one of the biggest monsters in WWE all over again. Lashley very well could walk out of Day One with the title, and that could be rather interesting.

What do you think of the change? Who will leave Day One as champion? Let us know in the comments below. 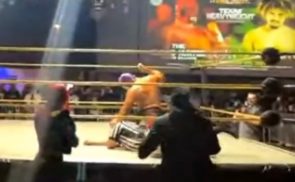